This week in sewing

I may have to add more fluff to the bumpad later; have to see how much the weight of the skirts affects it. 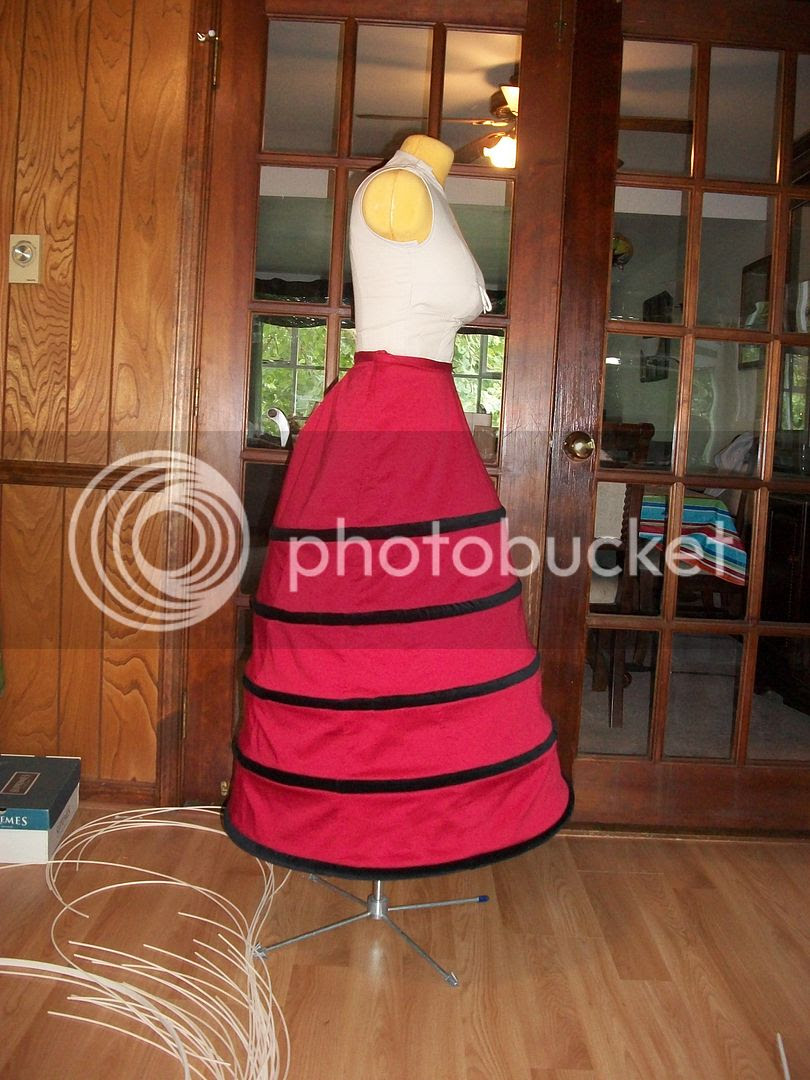 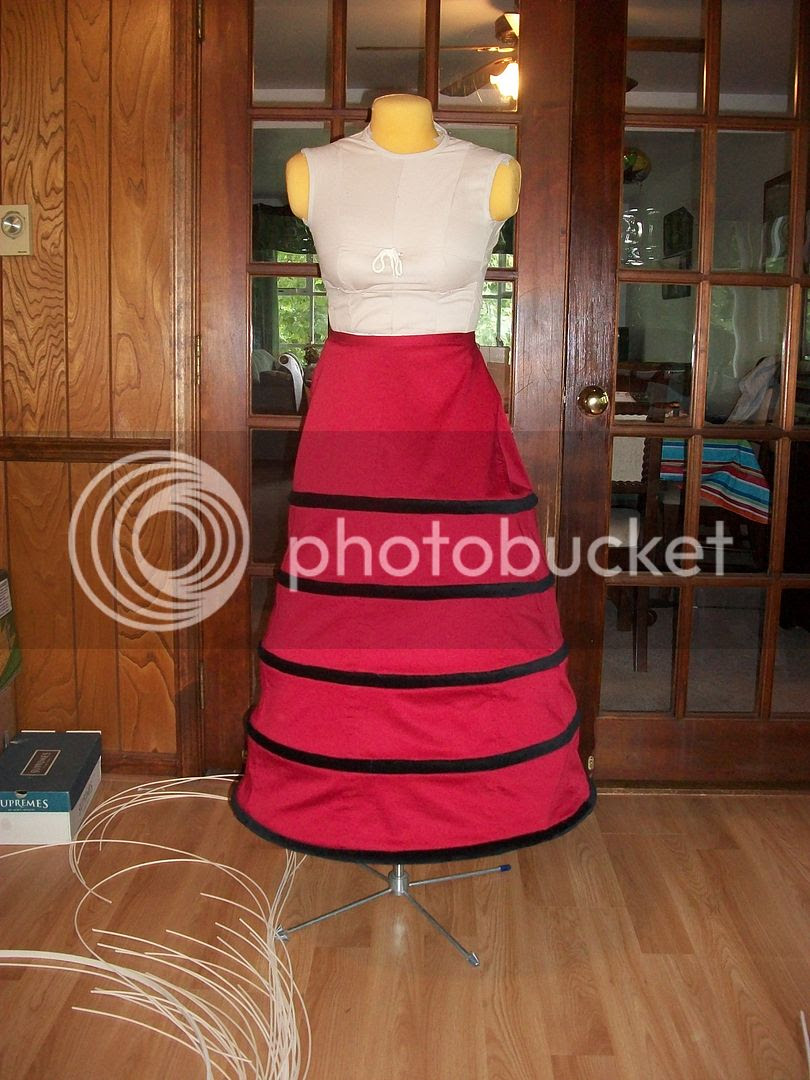 It's fun to wear around, though I have to adjust to a hoop that doesn't bend like a crinoline does! Reed's a lot more stiff than hoop steel.

I've gotten a decent amount of reed sewn into the kirtle bodice this week too. 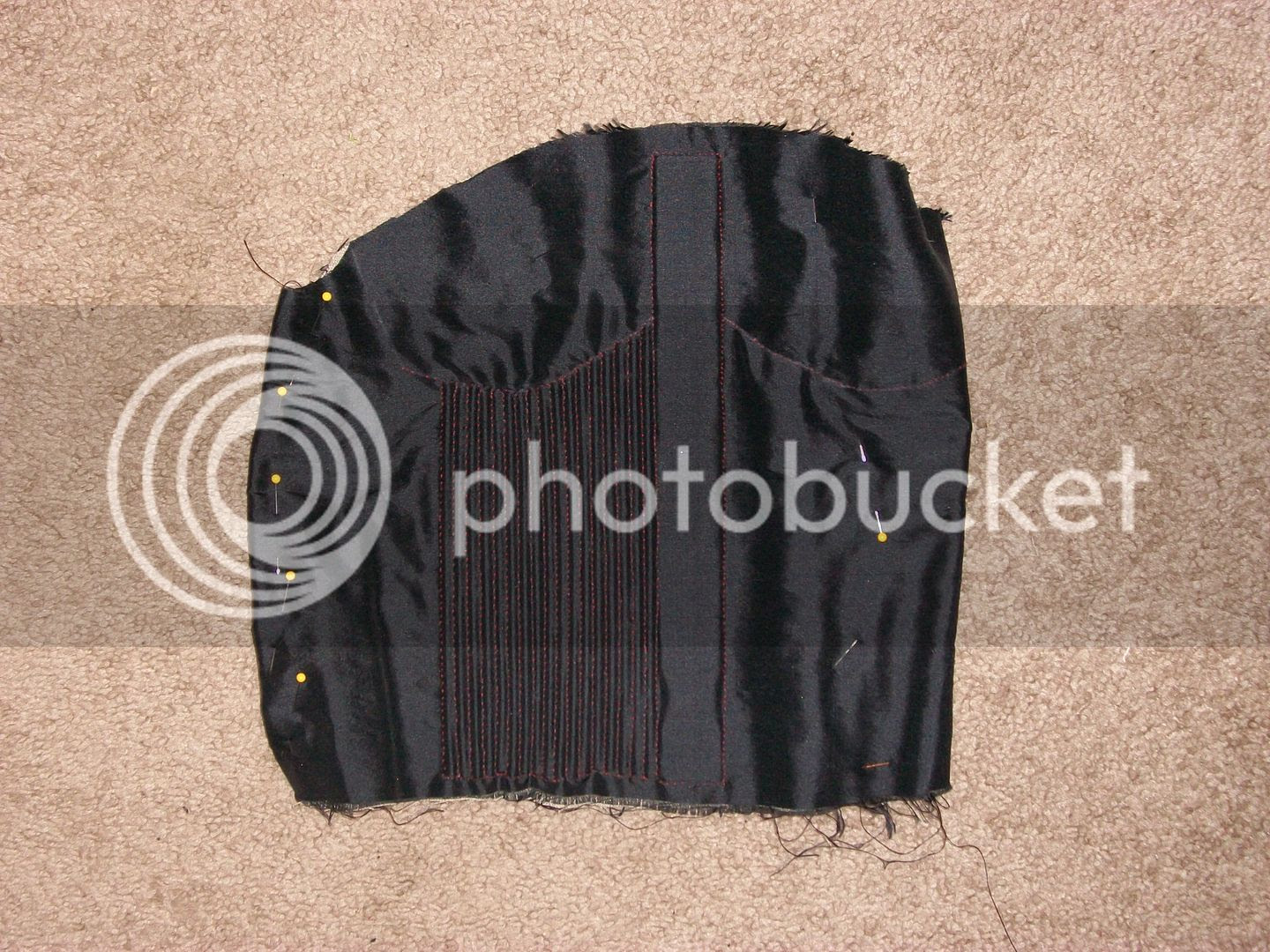 Yes, that's a paint stirrer for a busk (you can see the indentations at the bottom). Shhhh. I'm following the general outline of boning placement for the Pfaltzgrafin pair of bodies - it gives support without completely flattening the bust. At least, that's what I've seen from more than one costumer who Knows What She's Doing! Makes sense to me. :)

Not to say it's definitely correct; from all I've read (which to be fair, is not all that much), there's not any definitive primary source that states reed was used in kirtles at that point in the century. But I'm ok with "plausible" and "it works"!

And I started working on the French hood, though I don't have all the sparkly bits for it yet! I'm making the hood in three separate pieces that pin together when worn, as described in Sarah Lorraine's article on French hoods. That's how I made the hood to go with my black Tudor, and I was very happy with it. The hood consists of the coif (a white cap that anchors the headdress), the paste (the colored "crescent" bit), and the veil.

This time I'm making my coif in two pieces. I've seen costumers use both one and two-piece coifs, and I used a one-piece myself last time and was perfectly happy with it, but this time I found it easier to shape the brim as a separate piece. 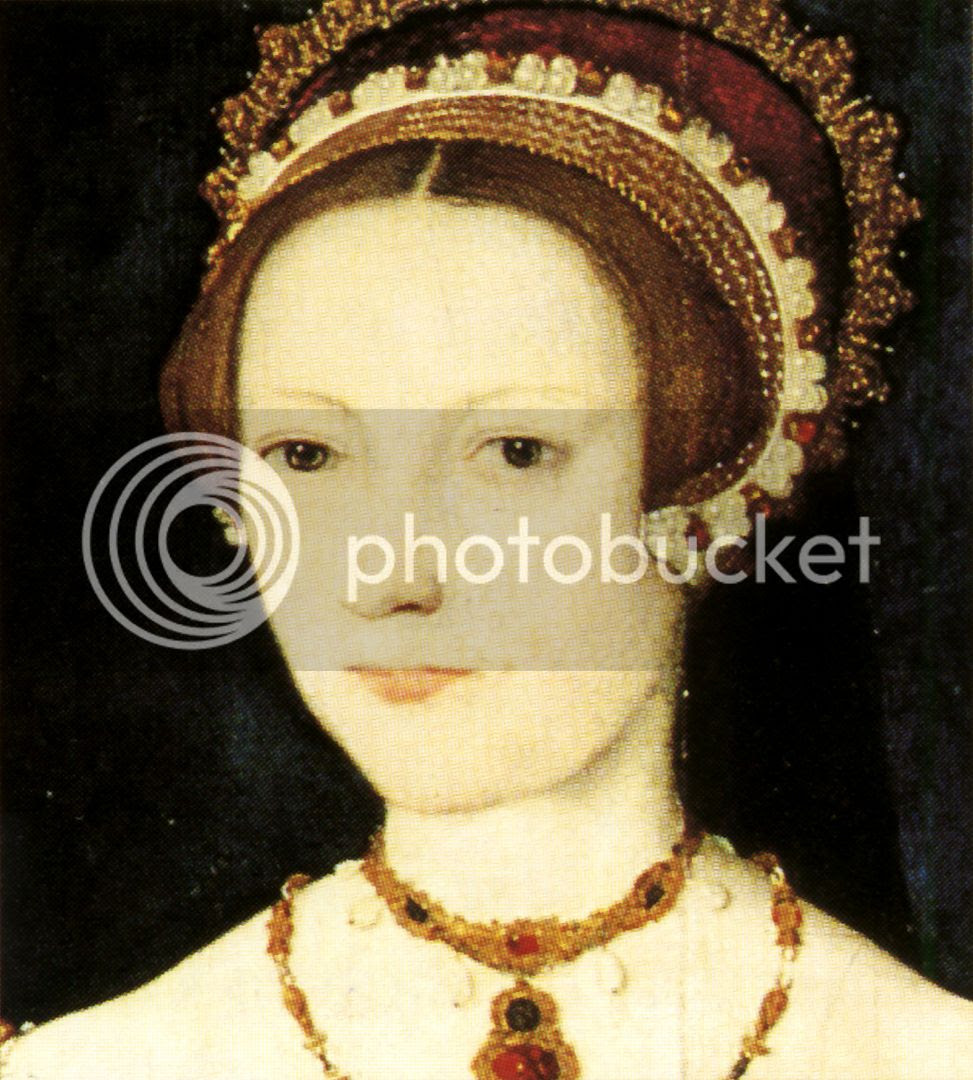 I'm going to attach both the gold pleated organza and the lower billiment to the coif, which will have a wired edge. And since I'm (attempting to) copy a portrait, I actually mocked it up quite carefully! I think I went through six paper half-brims and three muslin complete brims before I got something I was satisfied with. 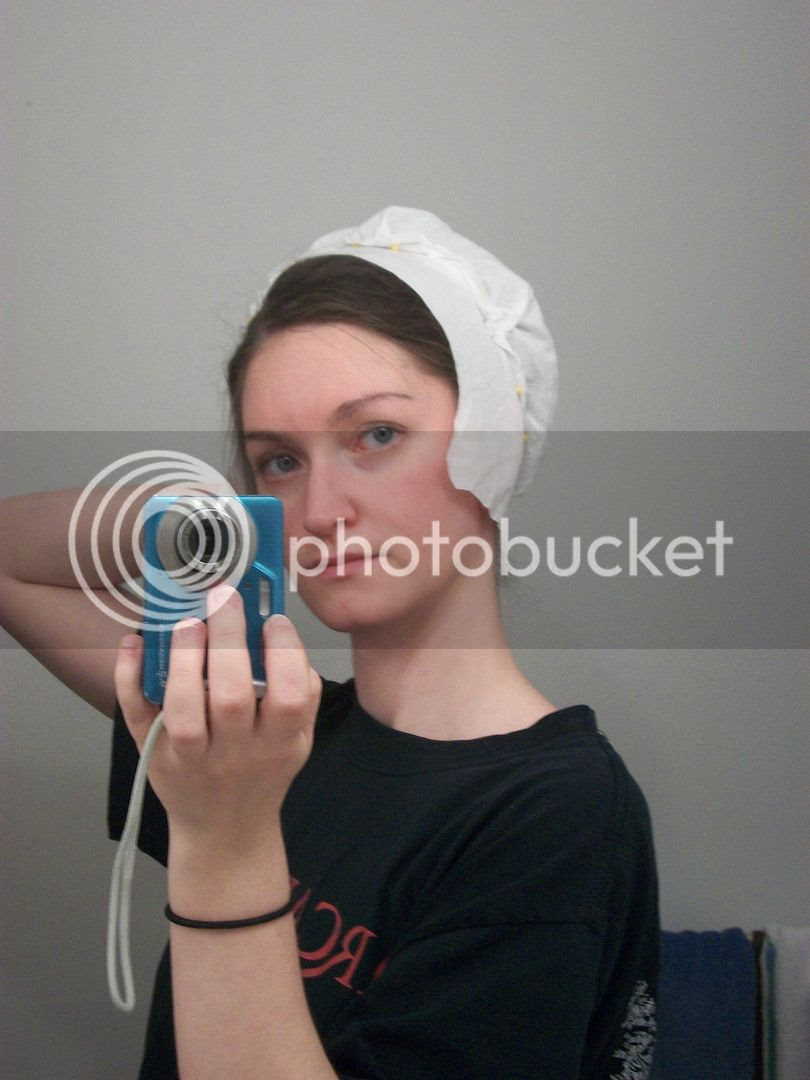 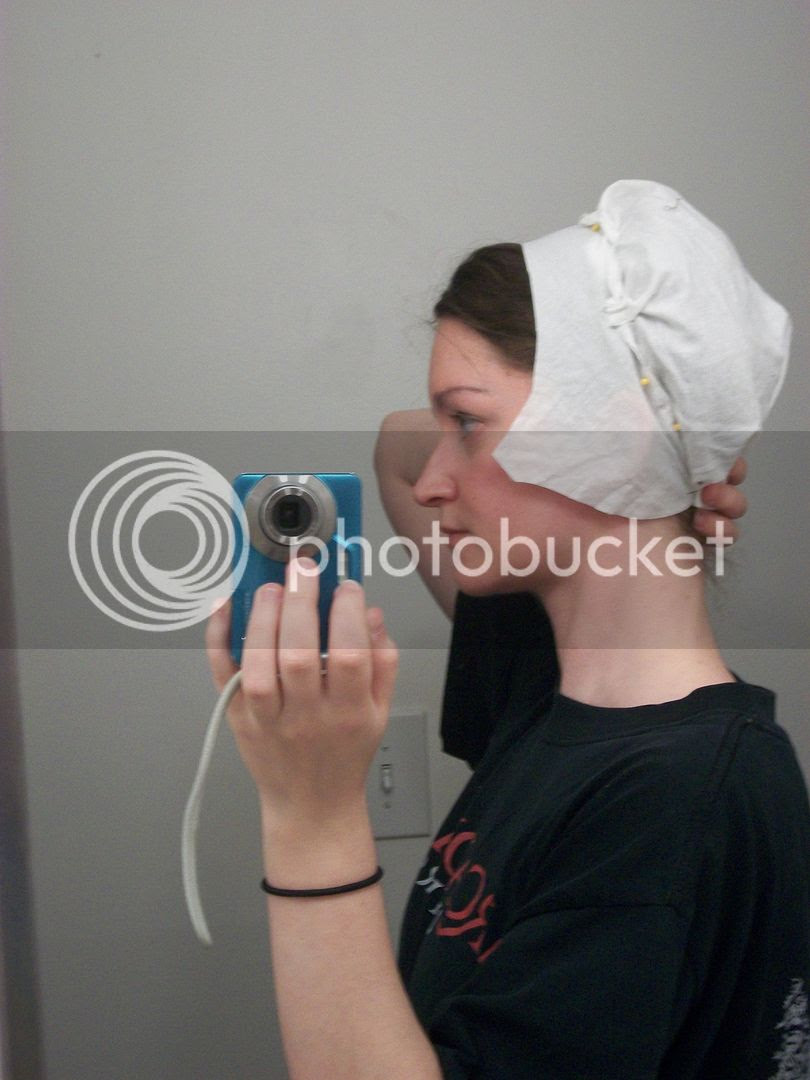 I trimmed the "bag" part of the coif down a bit after I took these pics - it didn't need to be quite that wide. I cut the pieces out in handkerchief linen and started hemming them, but that's as far as I've gotten this week. (I felt slightly guilty for abandoning the kirtle bodice so I went back to it.) 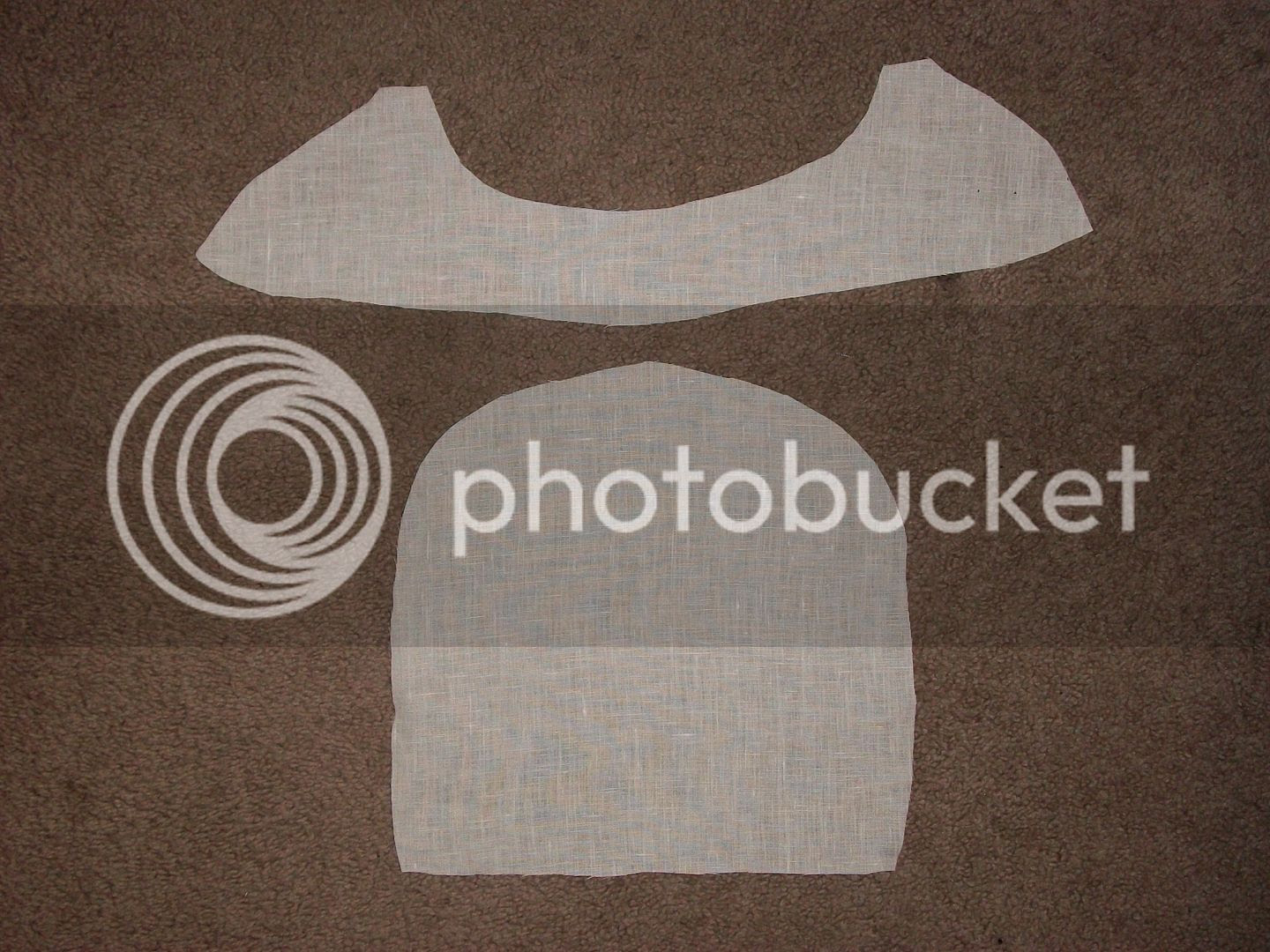