Progressing nicely! Though I'm really not as far along as I'd like to be; I need to have it finished before the weekend so I can get pictures.

Here's where it is now. Terrifyingly unimpressive. Pinning the fronts together for a picture would have been helpful, but too late now... 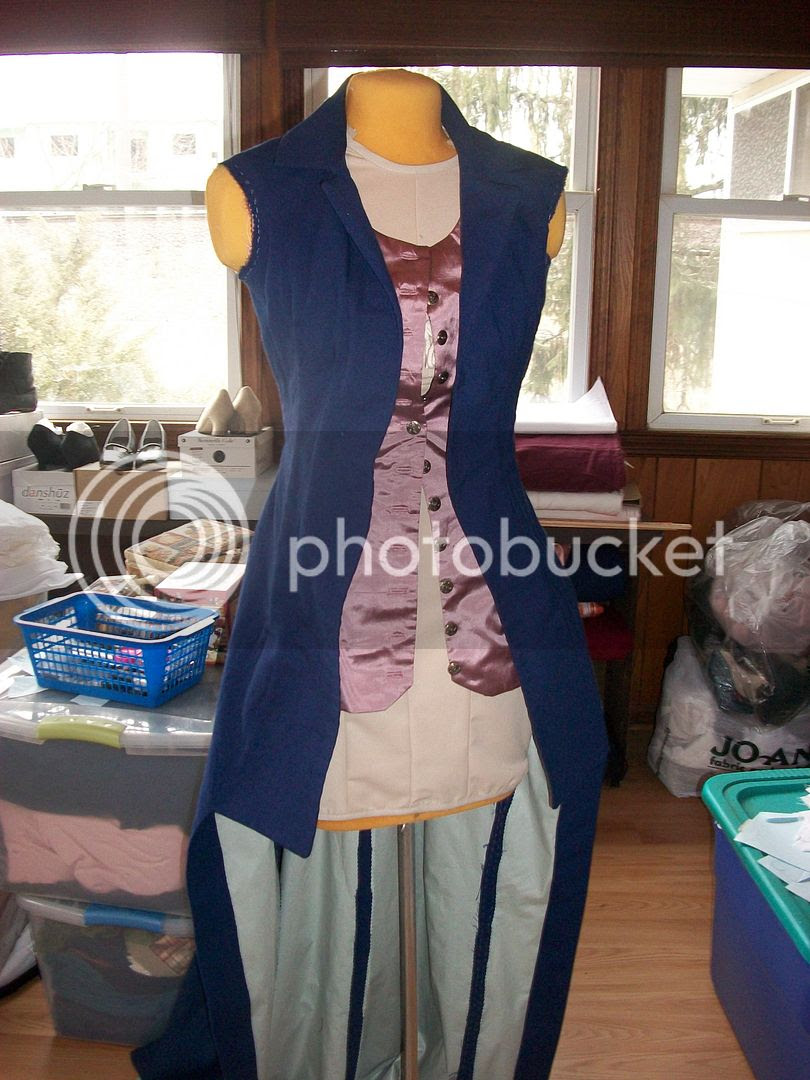 So! I have been sewing, a bit. Mainly hat-making, actually. I do have a tendency to make the hat to go with a dress before I've done the dress...which sometimes means I don't have a dress, but means I always have a hat! :D Did a mockup of the dress bodice last week, cut out all the pieces, and started sewing them together, then got distracted this week by the hat.

Not based on any one particular hat, but inspired by a whole slew of fashion plates 1878-81. I used TV550, which was lovely to put together (as always! Truly Victorian patterns are great). Wired buckram base, covered in flannel then navy silk. Fairly slubby dupioni, which is not ideal, but I really needed to keep to the stash for this, and it was hard to pick something to go with my blue and pink dress! I have a lot of red scraps apparently... 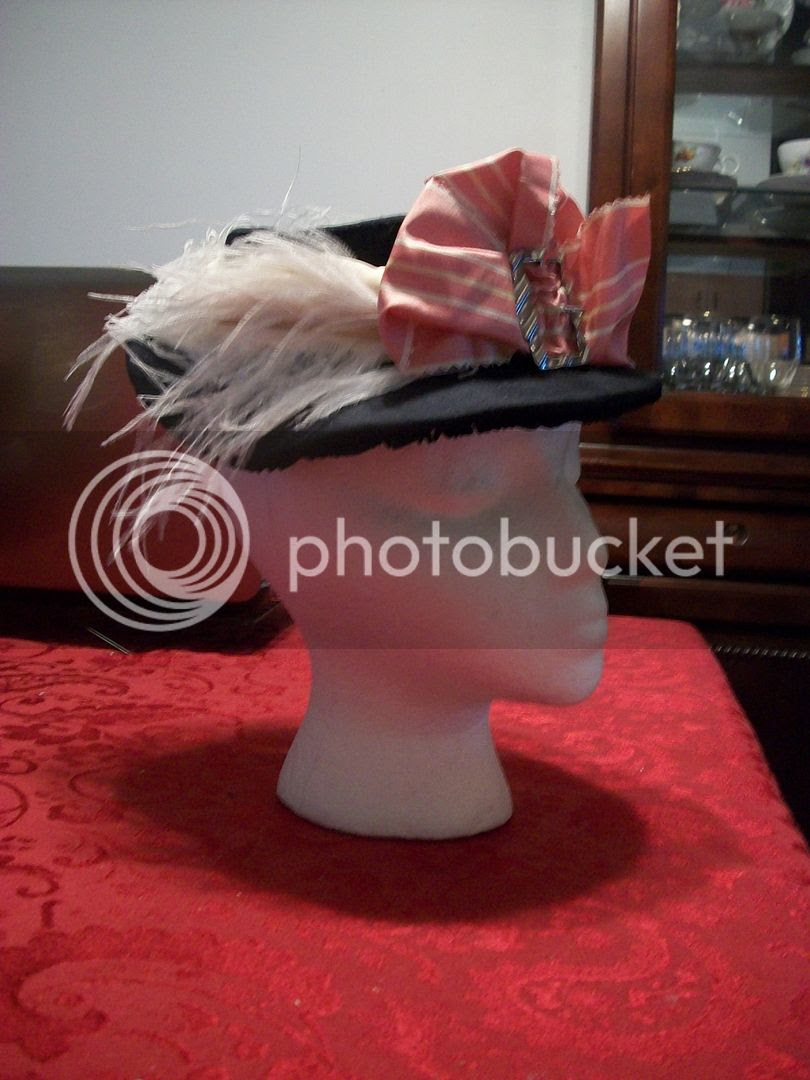 Sewing Sunday: A change of pace

At least for me! I love late Victorian on everybody else (so many of you make really fabulous things!), but I've never been able to get excited about it. I have that one rather ratty striped cotton early bustle, but it never thrilled me, and I've started a couple other dresses that have been abandoned (oops). I even started and mostly finished a natural form corset last year, then abandoned that too (oops).

But last week I somehow got a bee in my bonnet that I wanted to dress Victorian for My Birthday Outing - it's an excuse to play dress-up in whatever era I want, shhh - in early February. More specifically, natural form, as an illustration in Patterns of Fashion had caught my eye. And most importantly, I already had most of the underwear.

So I've spent the last few days finishing my 1876 corset, and it's pretty okay. It will definitely do the job, anyway! I'll never make gorgeous perfect corsets like some people (ahem, Before the Automobile, ahem), but it looks okay from a distance, in fuzzy pictures! 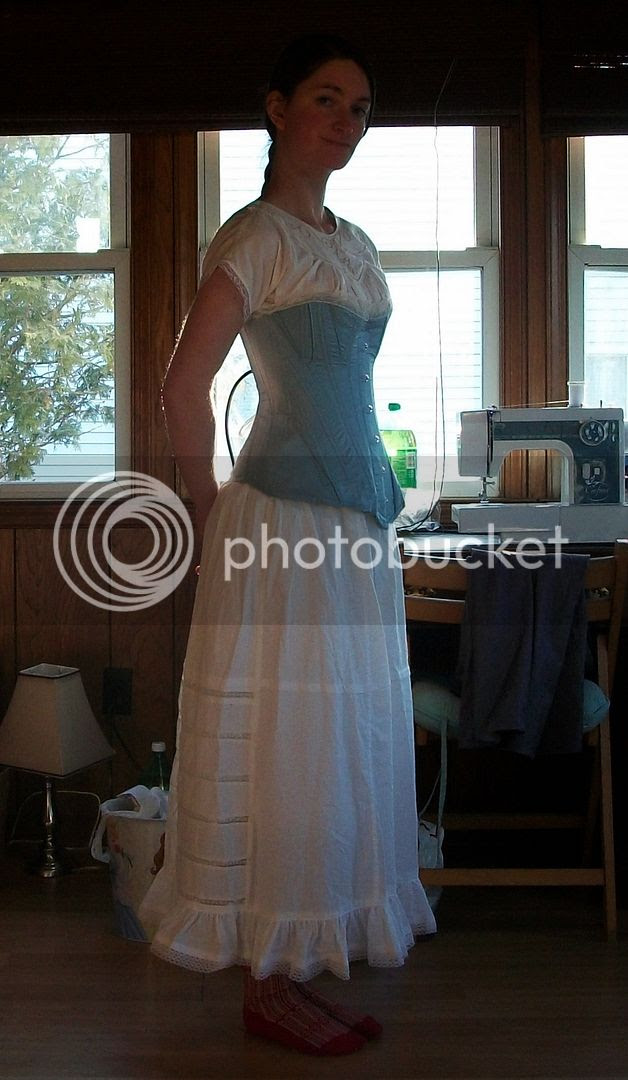