Showing posts from August, 2013
Show all

This week in sewing: Petticoat 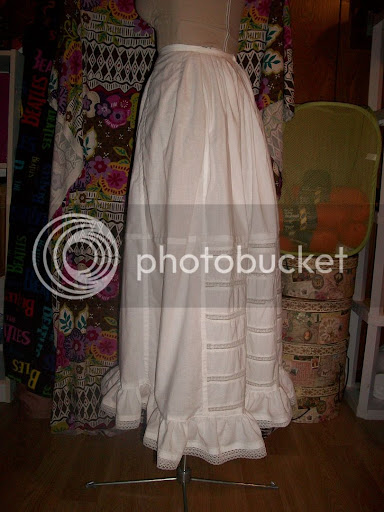 Been sadly slacking off with my sewing this week - and I'm not sure I'll have a new dress for the event on Sept. 21st, after all, but I'm going to try! Anyway, I did manage to finish my natural form petticoat, based on TV170 but, er, adapted by me (in avoidance of tucks and inability to read directions). Although you may notice the random tuck I did have to take because I made it too long. Like always.
Post a Comment
Read more 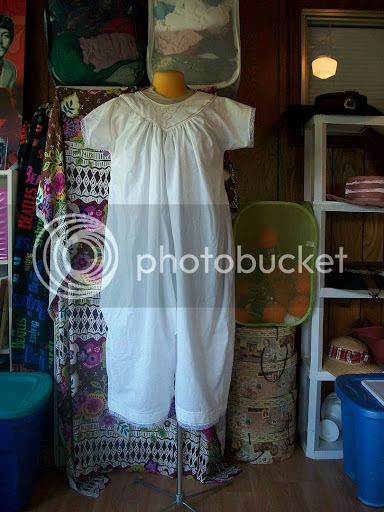 I was hoping I could post about more finished things, but I want to get this post in before I go to work tonight, so it is what it is. This week's been the week of underwear sewing! I didn't get much more done on the corset, because I still need some of the supplies, so I decided to work on the other undies.
1 comment
Read more First off, one of the costumer blogs I follow recently posted that she's going to try and do a weekly post, even if there hasn't been any major sewing - and if I could remember who that was I would credit you, because I think that's genius. (Aha! Danielle of L.M. Sewing ! Thank you!) Anyway, I'll do my weekly post on Sundays because when I work, I still get out early. Anyway. Been very busy over the past few weeks, although until the past week it's not been with sewing! But I'm remedying that now. I've got a couple of Victorian events coming up in September, and since my Victorian wardrobe is sadly lacking - especially post-1860s - I've decided to remedy that. Hopefully. If I don't run out of time. I have an early 1870s dress, but since that doesn't thrill me, I'm going to start from scratch in the natural form style. I have some half-finished combinations in the UFO bin and a bunch of Truly Victorian patterns in the mail, but what I&
2 comments
Read more
More posts