Back from our Not-So-Grand Tour of New England! We drove up Monday and stayed outside of Boston for two nights, then down to Plymouth on Wednesday, Providence Thursday, and drove home Friday, stopping in Sleepy Hollow/Tarrytown on the way. The only time I'd been up to New England was a school trip to Boston about ten years ago, so I was excited to go back. So much Historical Stuff (I planned a lot of our itinerary; can you tell?), and the scenery is just beautiful. My mom agreed with me, Lil' Sis...maybe not so much.

Don't worry, this isn't where I inflict all my touristy pictures on you, just my What I Wore. Since I spent most of the previous week working on some new dresses, I thought I might as well get snaps of them too.

First off is a cheater. I didn't make it, it's vintage. (I had one more dress in the works, but ended up putting it aside in favor of Katherine Parr. Right, that's a thing I'm doing...) It's just a cheap little house dress, but it's very comfy, and is synthetic so doesn't wrinkle. A good thing for what ended up as eight hours in the car! I keep meaning to take a pattern from it. Uh...someday?

Just a quick update, then I'm off with the family for our (Not-So-)Grand Tour of New England! We'll be back Friday evening so you won't even miss me here. Since the vast majority of sewing this week has been modern dresses for said Tour, I'll post about those when I get home.

I did also finish sewing spangles on Katherine Parr's forepart, though. That's something!

I got kind of sidetracked from K Parr this week. I'm going on a Family Vacation next week, and wanted to make a new dress or two for it. (Look, I work in a job where I have to wear ugly sneakers and ugly polos, so I like to dress up when I'm not at work.) I successfully finished a novelty print 1960 skirt, and am close to finishing a Hawaiian print late-50s dress...but got stuck on the piping tonight. I always forget how much I dislike piping.

But I finished the eyelets in the kirtle bodice and tried it on (yay), to discover it's not quite snug enough (no yay), and cut all the panels for the kirtle skirts and their linings. 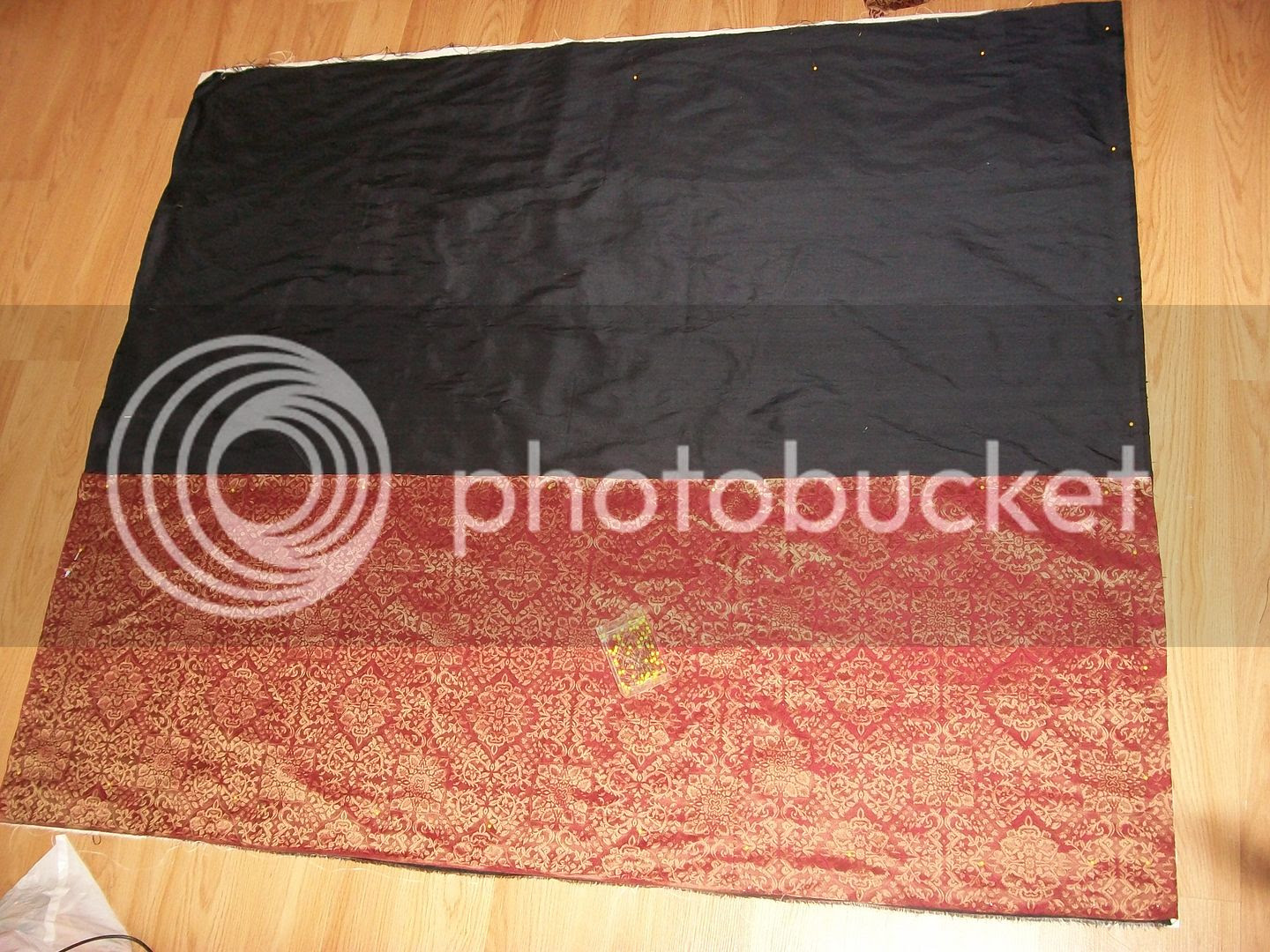 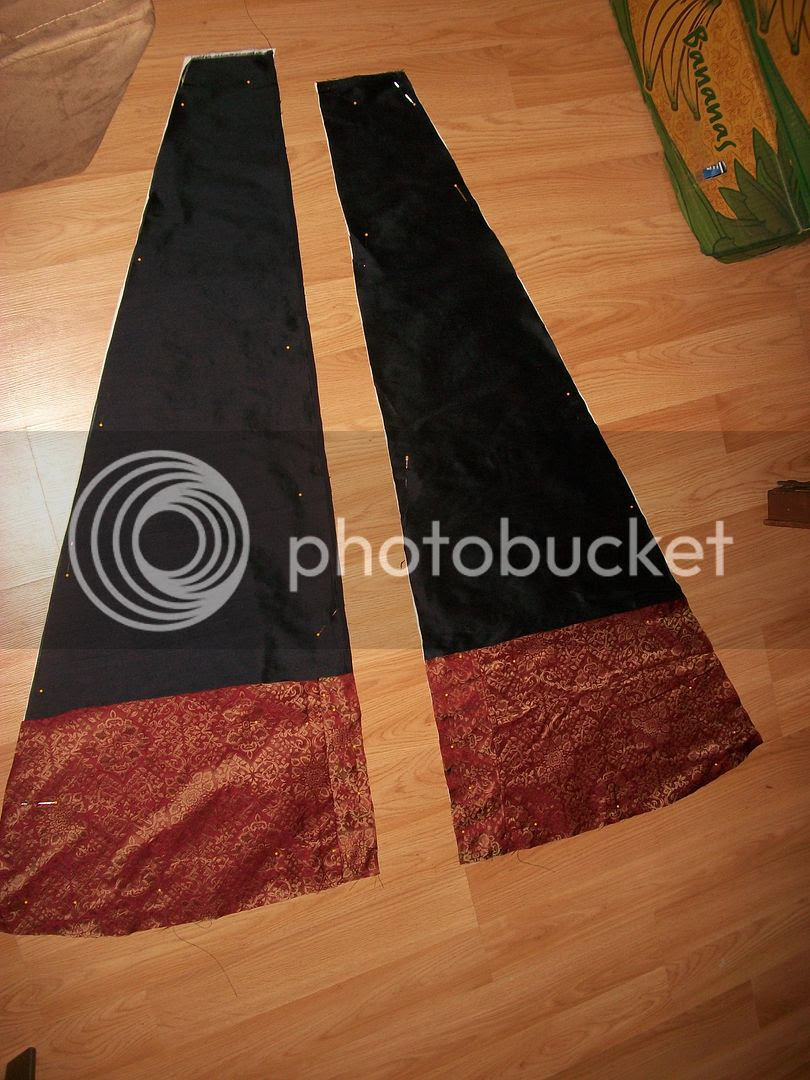 First off, this week I finished the French hood as much as I can without pearls and bling. I confess to not loving the upper billiment's gold trim, but it has to stay until I can find something nicer, which I rather doubt I will. Non-cheesy gold trim (of the right shape for this, no less) is really hard to find!