I made this outfit for a Victorian ice skating event last weekend (for my birthday, you know! The only way I can force my friends to spend time outdoors for any span of time in the delightful winter cold - by pleading "But it's my birthday!!" and looking pathetic).

Originally I had very grand plans to make a nicely-trimmed Ageless Patterns 1898 suit from a really snuggly plum wool-cashmere I have...but by the time I got enough of the new underwear done, I knew I wouldn't have enough time to do the suit properly, so separates and a cape were plan B. (Actually the cape was plan C...I really prefer outerwear with sleeves when it's a Thing in period, but I ended up with 3 days to make a jacket, and that isn't really doable for me. Capes are much quicker!) 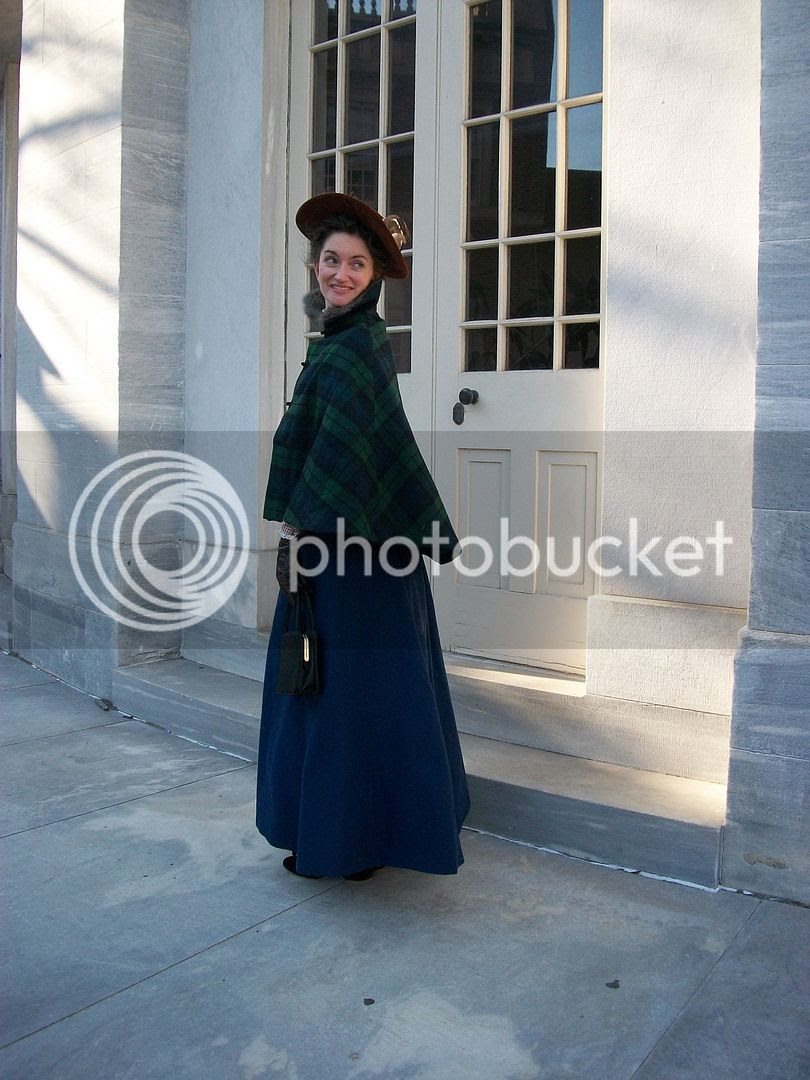