Showing posts from November, 2014
Show all

- November 28, 2014
I'm in retail, so today and tomorrow will be madly busy for me (at least I wasn't on the opening shift, eh what), but I haven't posted here in a bit so I thought I'd do so today! I have been sewing; after the Pumpkin Tea I decided I needed a new dress for a little Victorian Christmas event at a local historic house. Totally needed. I had some plaid silk taffeta from Jen Thompson in the stash, which I think is shaping up to be a very nice 1860s dress. That'll be worn the weekend of Dec. 13-14, but I'll take a couple pics when I finish it, which should be well before that! This week, I also made a cute-ugly print 1960s shift dress for Thanksgiving...which turned out to not fit over my butt, so no photos of that. And I just bought some imperfect Renoirs from American Duchess' sale! You're welcome .
Post a Comment
Read more 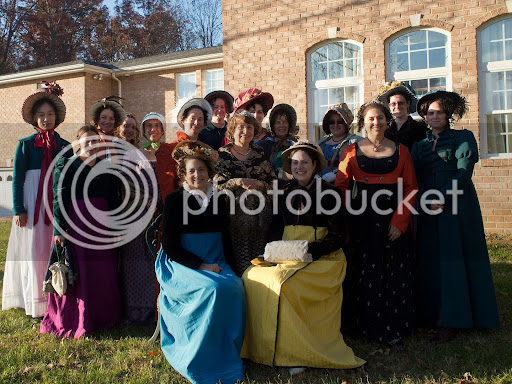 A friend in Virginia hosts the Regency-themed Pumpkin Tea around this time every year, and this year I was able to make it, along with some of my local peeps, which made for an entertaining (if very full!) car ride down. The order of the day is eating and socializing, and believe me, there was plenty of both! I must mention that the pumpkin soup was especially amazing. The lot of us, from In the Long Run
2 comments
Read more 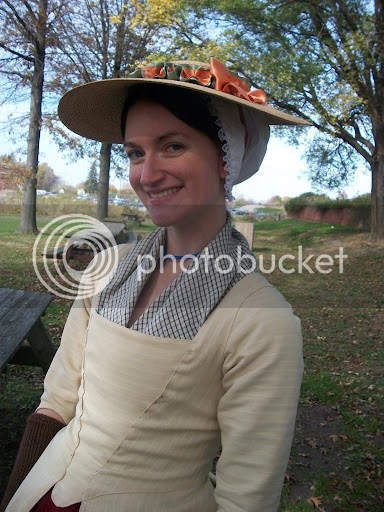 So...I love my cranberry wool gown, but I've been wearing it for upwards of three years as my only cool-weather 18thc, and I have become a Little Bit Tired of it. I only had a week to make something after Halloween at the Met, but I thought I could make a simple wool jacket in that time. (Spoilers: I could!) And since occasionally fellow costumers ask how I make things, I thought I'd make this into a "This is how I sew" project. Usually I'm pretty bad about documenting the sewing process. (And if that's boring to you, you may skip to the end and the event pictures!)
6 comments
Read more

Halloween at the Metropolitan Museum of Art 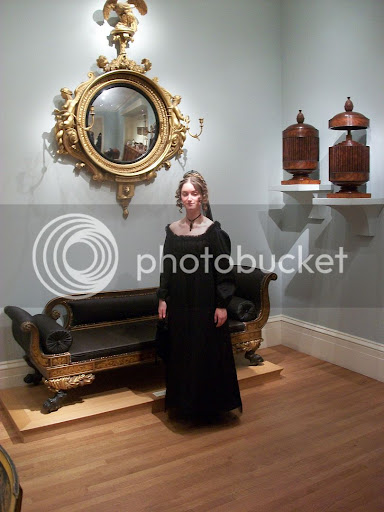 I went up to the Death Becomes Her gallery exhibit with a few friends, we met up with some more of our costumer friends, and had a really good time! There was only one lady in historic costume that I didn't know (at least as a friend of a friend), which either means I know a lot of awesome costumers (which is true), or that there were way more gothy-steampunky outfits than historic (which is also true). It was fun to see so many people dressed up at the Met though, and lots of them thought we were super-awesome...which is always very flattering! Plus, I was on CBS news! Just very briefly (they took a couple-second clip from when I was modeling for the drawing session), but, still yay! Link to CBS's video here ...and yes, Leia totally is a fashionista in every era, hehe! I wasn't terribly concerned with getting pictures of my dress, partly because I'm not thrilled with it, and partly because the lighting in a museum is not great for getting photos of a black dress!
4 comments
Read more
More posts