- October 07, 2012
Today I drove down to Delaware to meet up with a few friends, at the Rockwood Museum in Wilmington, Delaware. It's an historic house that was built in the style of a lovely English Gothic country house in the 1850s, and is kept in the style of the family that lived there around the turn of the last century. 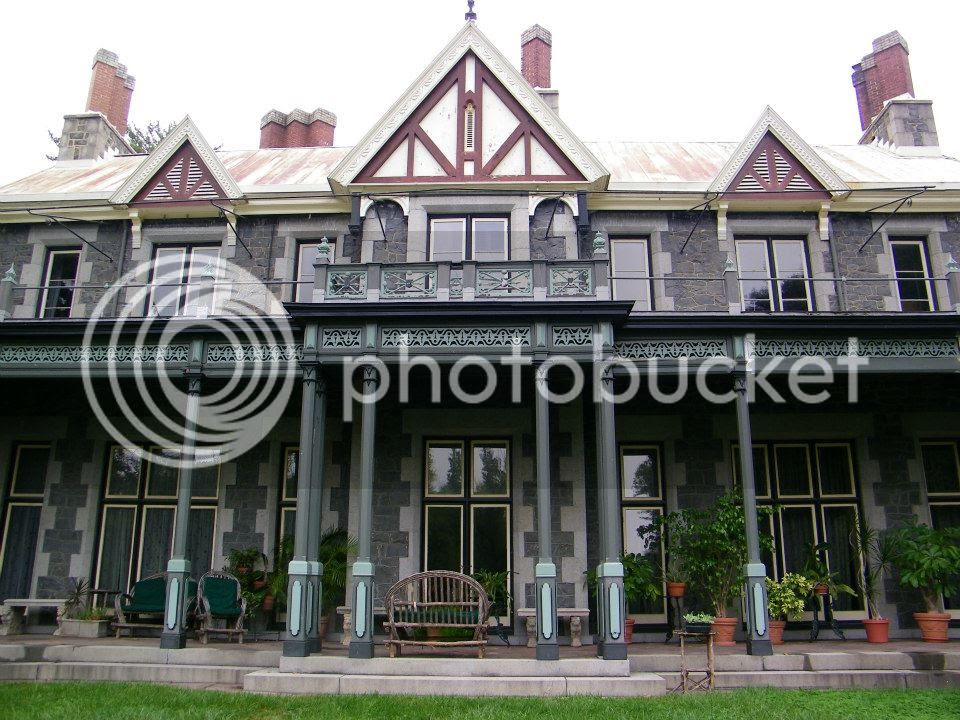 There were just four of us, but we made the most of it! Weather wasn't superb; it rained all the drive down, and was still a bit drizzly when I got there, but we had tea and snackies in a parlor, took the tour, and by then the rain had decided to take a break so we could parade around and get pictures!

(Well, my friends could get pictures, anyway. And were kind enough to post them tonight so I could take them!)

It meant yet another outing for the striped bustle dress (SIGH. Really going to have to get on that), which wasn't ideal, with the whole "train" and "wet" thing, but at least it's cotton, so wasn't a problem to wash out the hem! 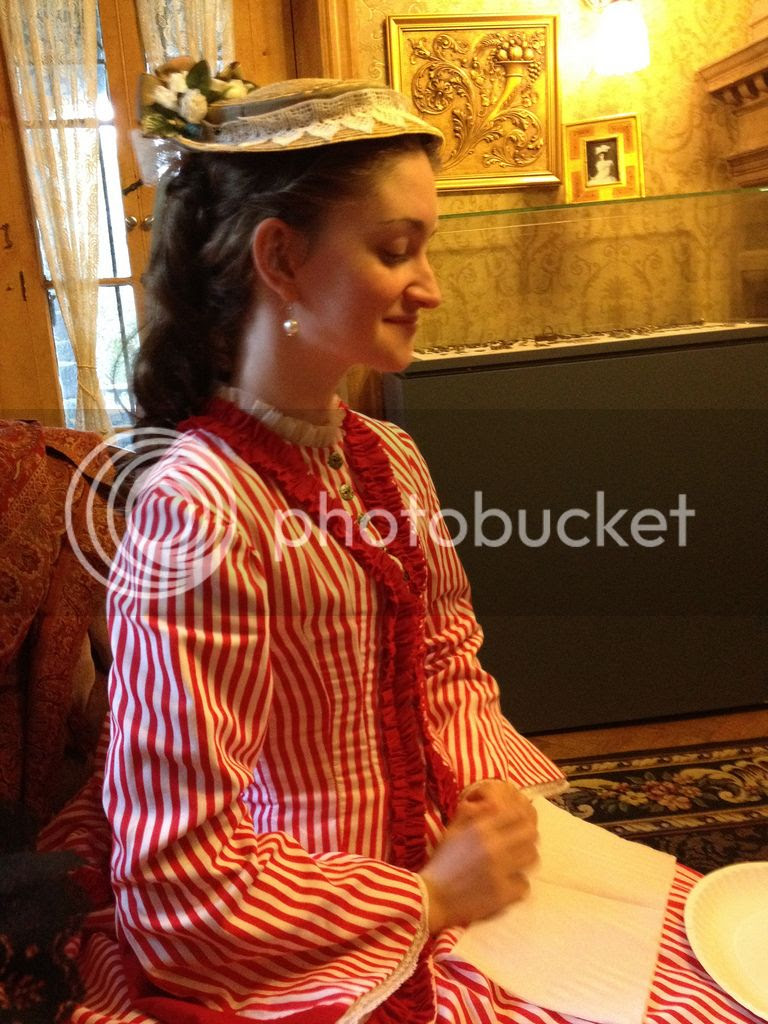 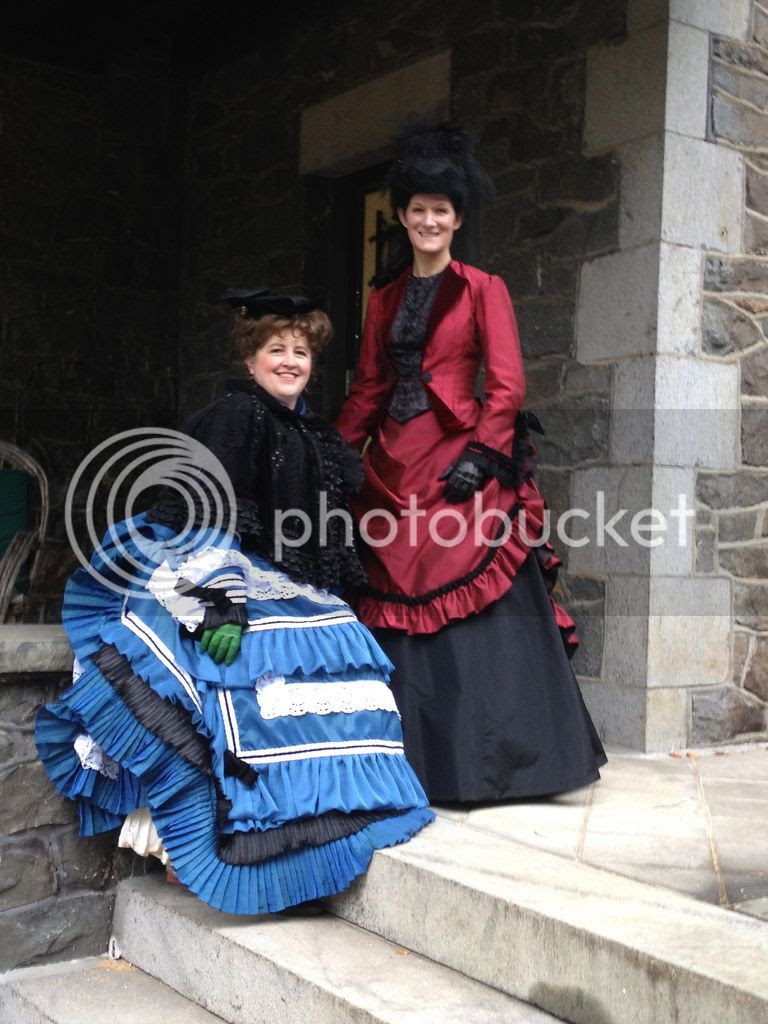 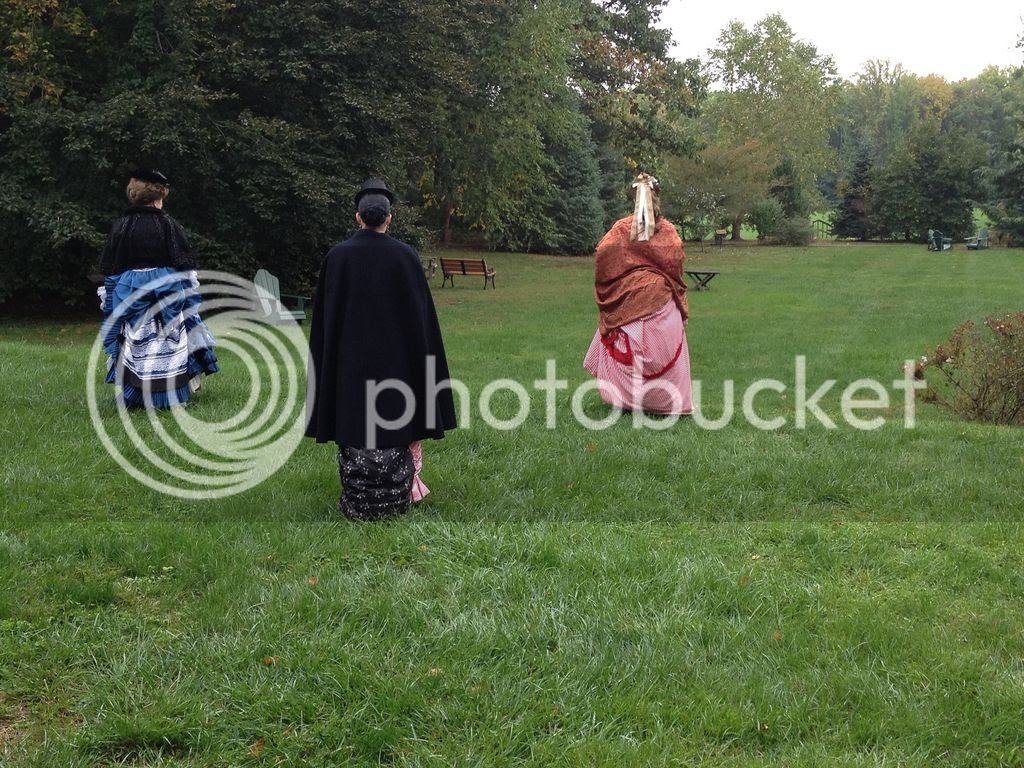 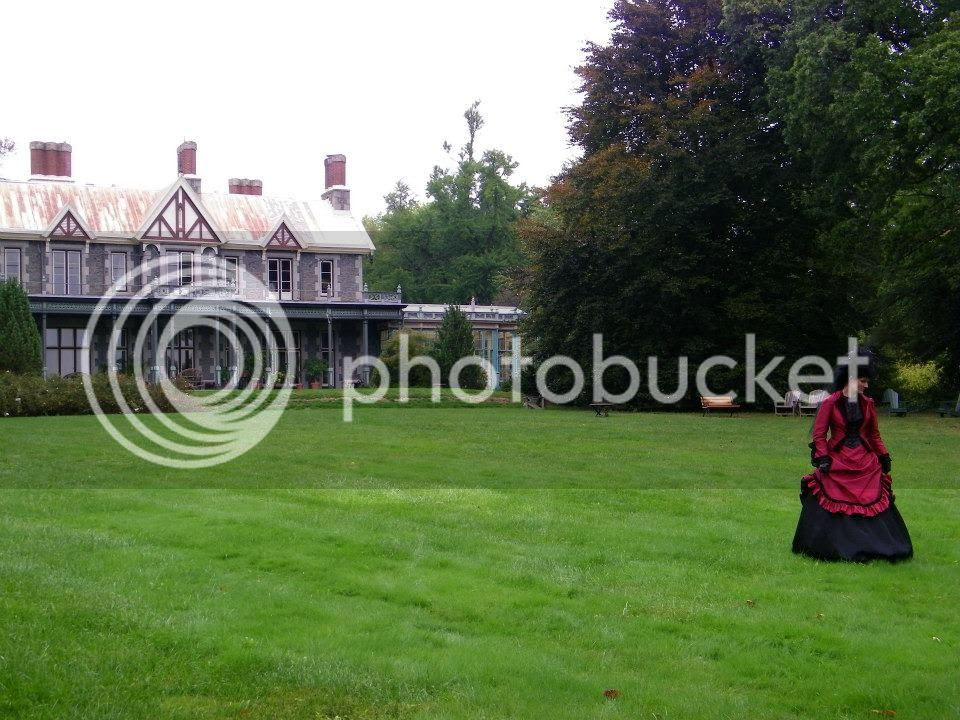 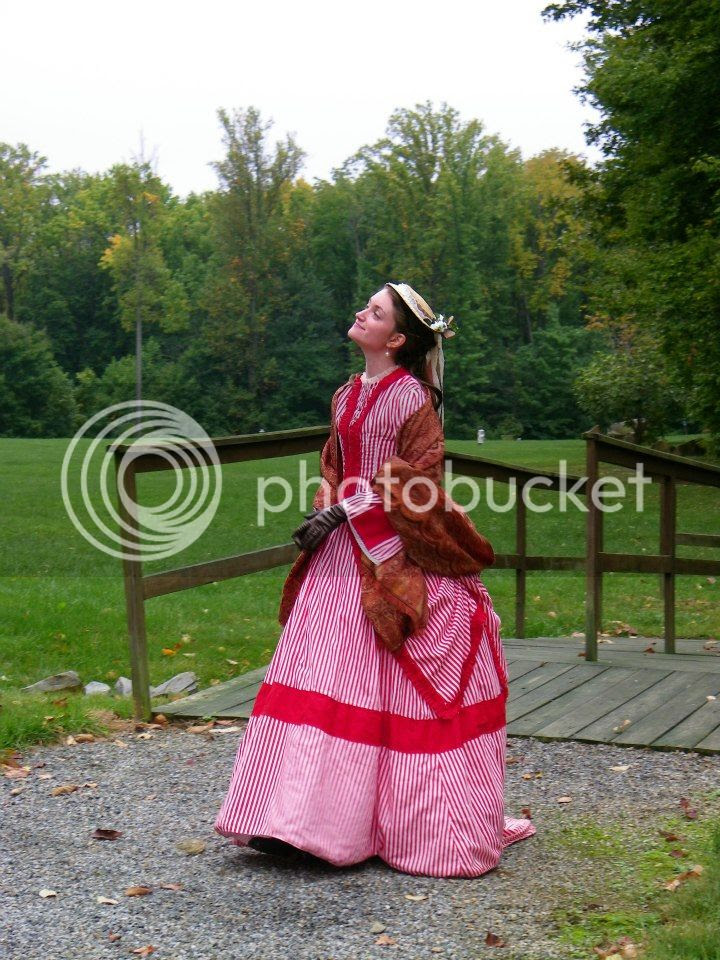 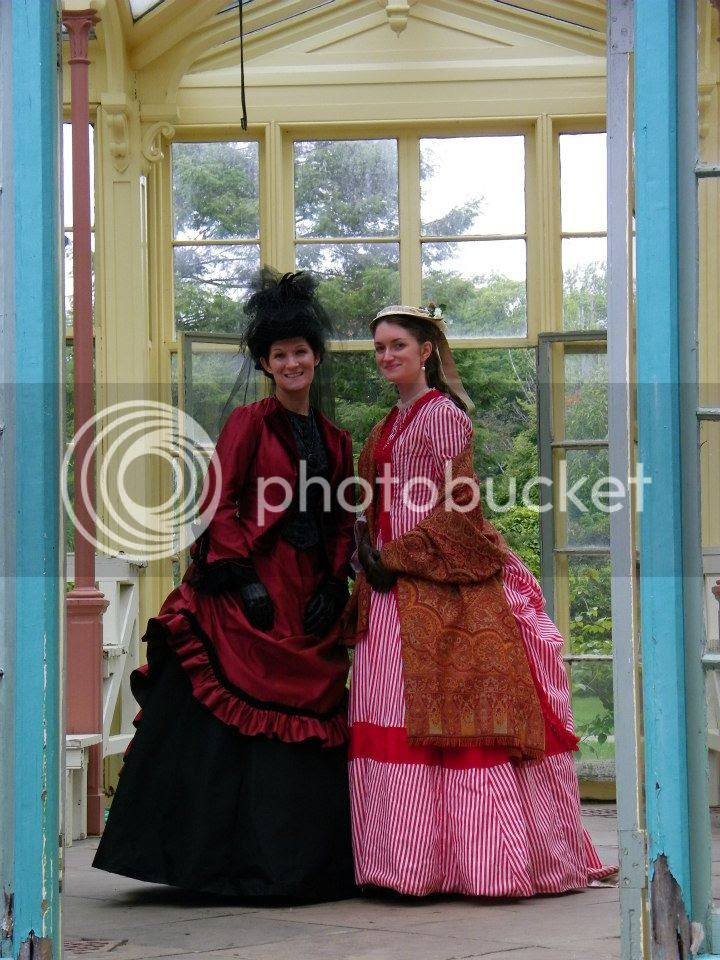 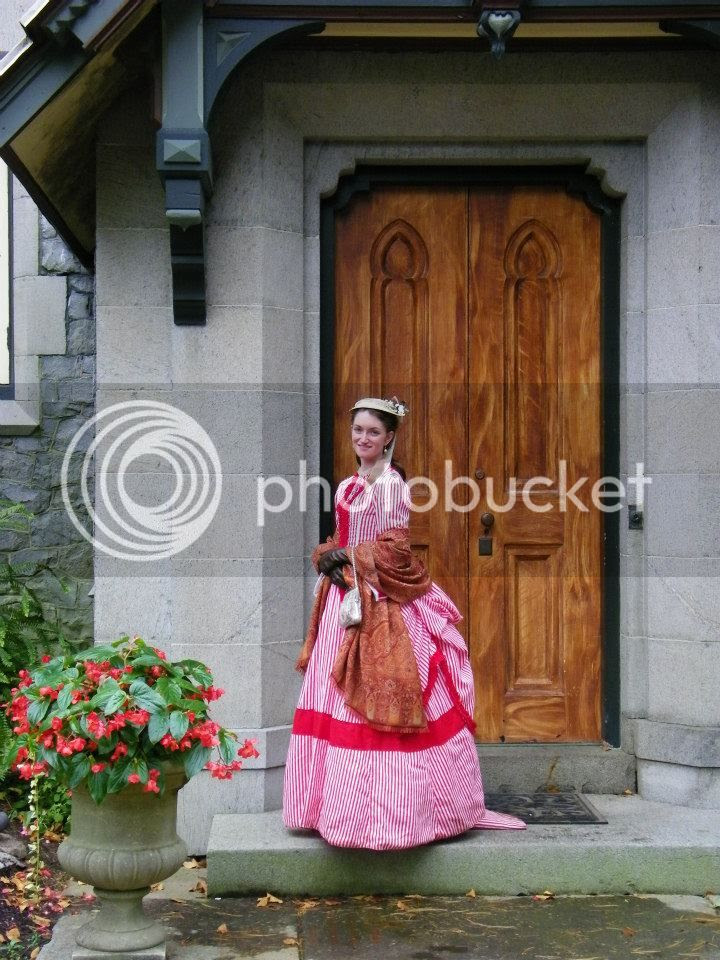 I'm off to the PA Renaissance Faire next Sunday, and since everything I've formerly made for faire is either ridiculously old (six years! And I don't have the camicia for that one anymore, anyway) or has been chopped up for the fabric...I have to come up with something new!

The orange petticoat is done, and the green jacket is at least cut out, but I still have to finish the smock, too...and make a coif...ugh. Well, we'll see what happens!
19thc: striped 1870s