Pompom dress in the works

- October 28, 2012
I did promise to post more! It's just difficult when all the sewing I can do is picking away at a hem here and there for fifteen minutes or so before I go to bed - nobody cares about those kinds up updates, I don't think!

But I'll give you an overview of what I've been working on - in two weeks I'm going to a Regency tea with friends, and I need a new dress! Really. The only Regency dress I have is made from a lightweight silk sari, which isn't exactly practical for November. I have a ton of wool from an online sale last year (or the year before?), so I knew I was set for fabric...one of the wools is a very dark midnight blue with a drapey hand, good for Regency.

And after much poring over books and finding this one in the V&A's collection, I decided I needed a silly pompom dress!
The original dress is made of light green silk taffeta, so obviously I'm not planning on an exact reproduction, but I do like the layout of the trim, so I will be following that. And my dress is made of dark fabric, so I went with light trim. Took me ages to decide on what color pompoms to get, but I finally found some black-and-white pompom trims locally - and the price was right! I have no idea if two-color pompoms are period, but I don't really care, since this is a Pretty Pretty Princess dress and not for reenactment or anything. 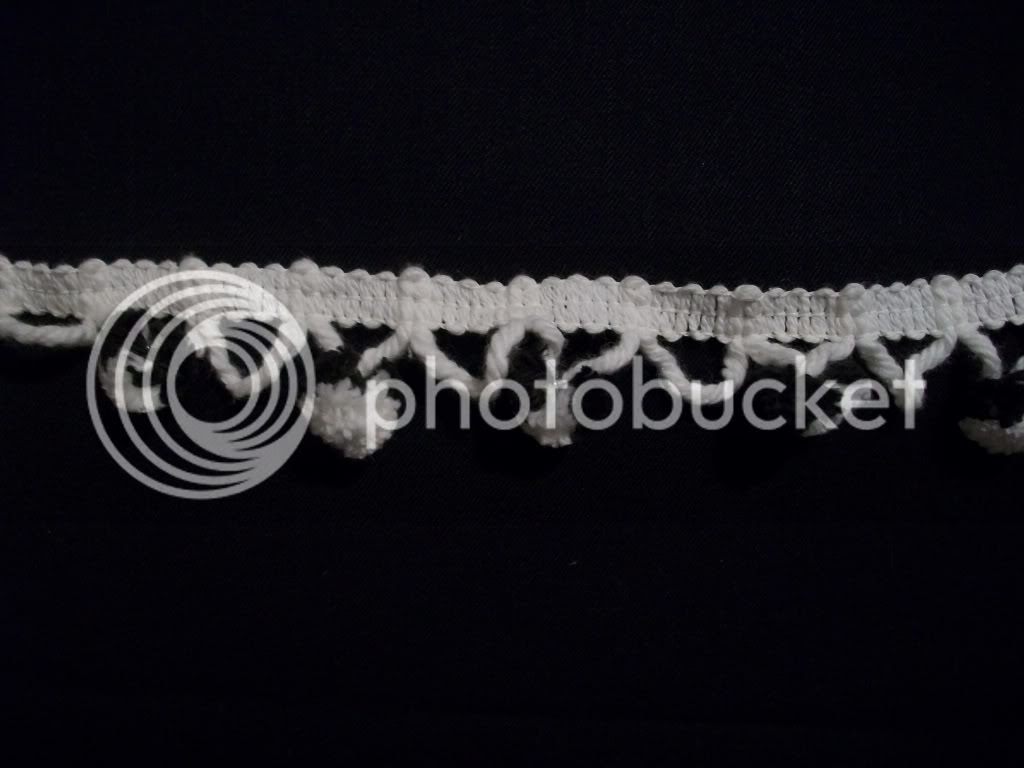 The outfit is actually two parts - dress and spencer, and the dress is one of those "jumper"-looking affairs, that I'd seen in movies but was suspicious of actually being period. Turns out they are, though, if not too terribly common. The original dress has gauze sleeves, which I'm replacing with a linen shirt in my version.

I'll probably wear the spencer with the dress most of the time (definitely will for the tea!), but can leave it off if I want - yay versatility!

As of tonight the basic dress is all sewn together, minus the hem. I draped the bodice of the spencer tonight and hopefully can work that out tomorrow. The lightweight linen for the shirt is repurposed from a never-finished project, and is mostly cut out.

This is the point the dress was at last Sunday night - plz ignore t-shirt & bad hair! 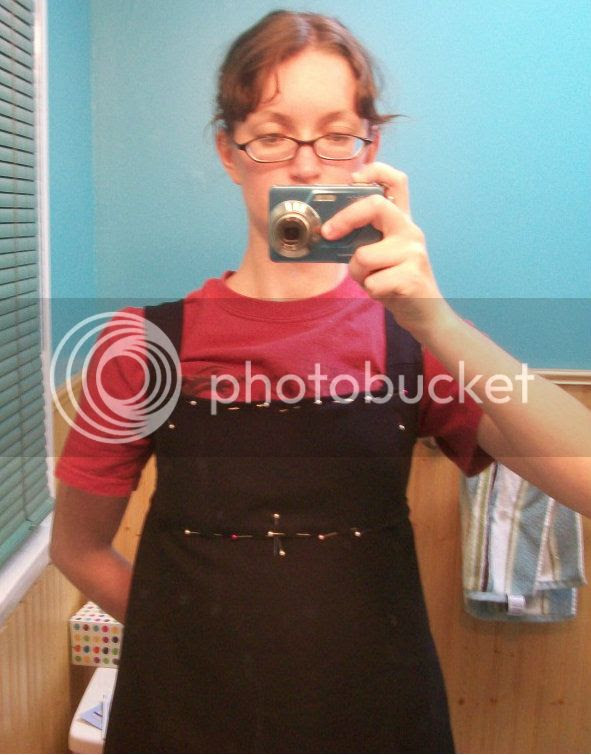 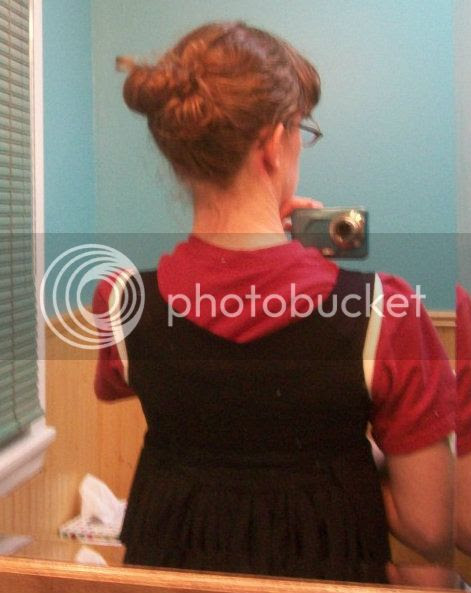 I'm also waiting for my bonnet form from Timely Tresses to arrive - it's in the mail currently. Hope the hurricane doesn't steal it! I've made an 1860s spoon bonnet from one of their patterns and I love it, but I've realized I do not get joy from putting a buckram form together! Love covering and trimming hats, but if I can pay someone else to get the basic form together, I will happily do so! It's worth the money to me.

Now, hopefully I'll have something else to post about this dress soon...
19thc: pompom regency