- November 17, 2014
A friend in Virginia hosts the Regency-themed Pumpkin Tea around this time every year, and this year I was able to make it, along with some of my local peeps, which made for an entertaining (if very full!) car ride down. The order of the day is eating and socializing, and believe me, there was plenty of both! I must mention that the pumpkin soup was especially amazing.

FOOD! And extremely attractive setup. Stephanie and her mom are wonderful hostesses! 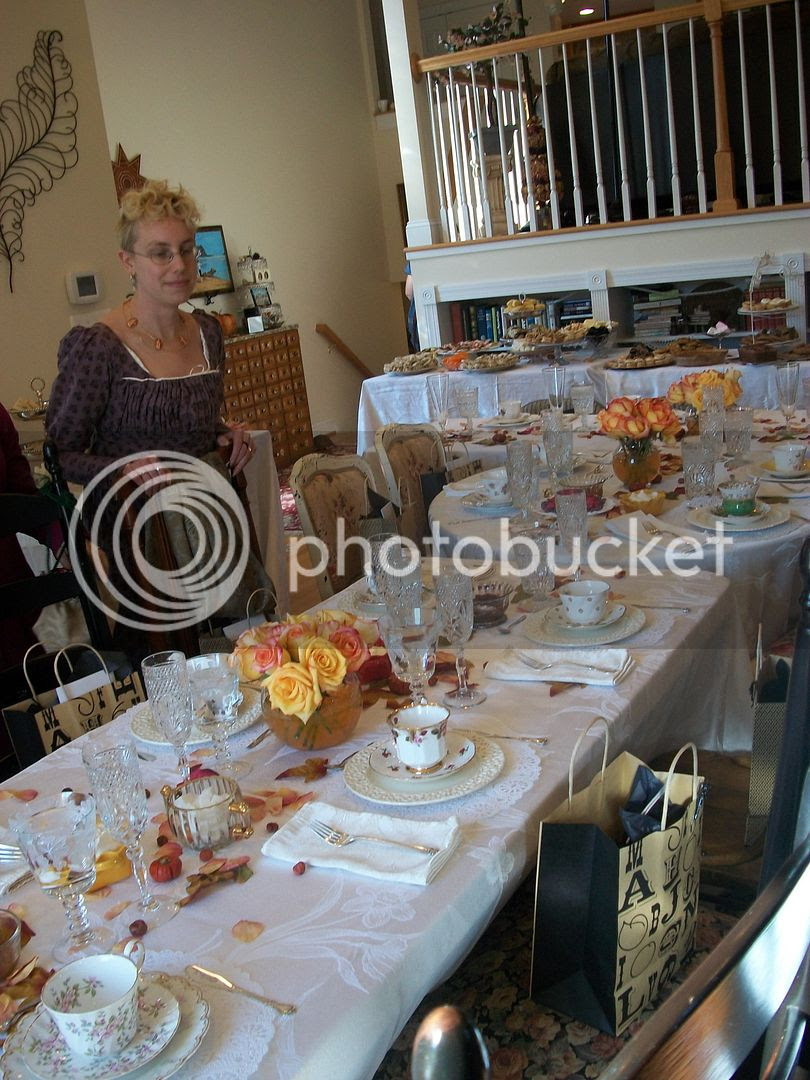 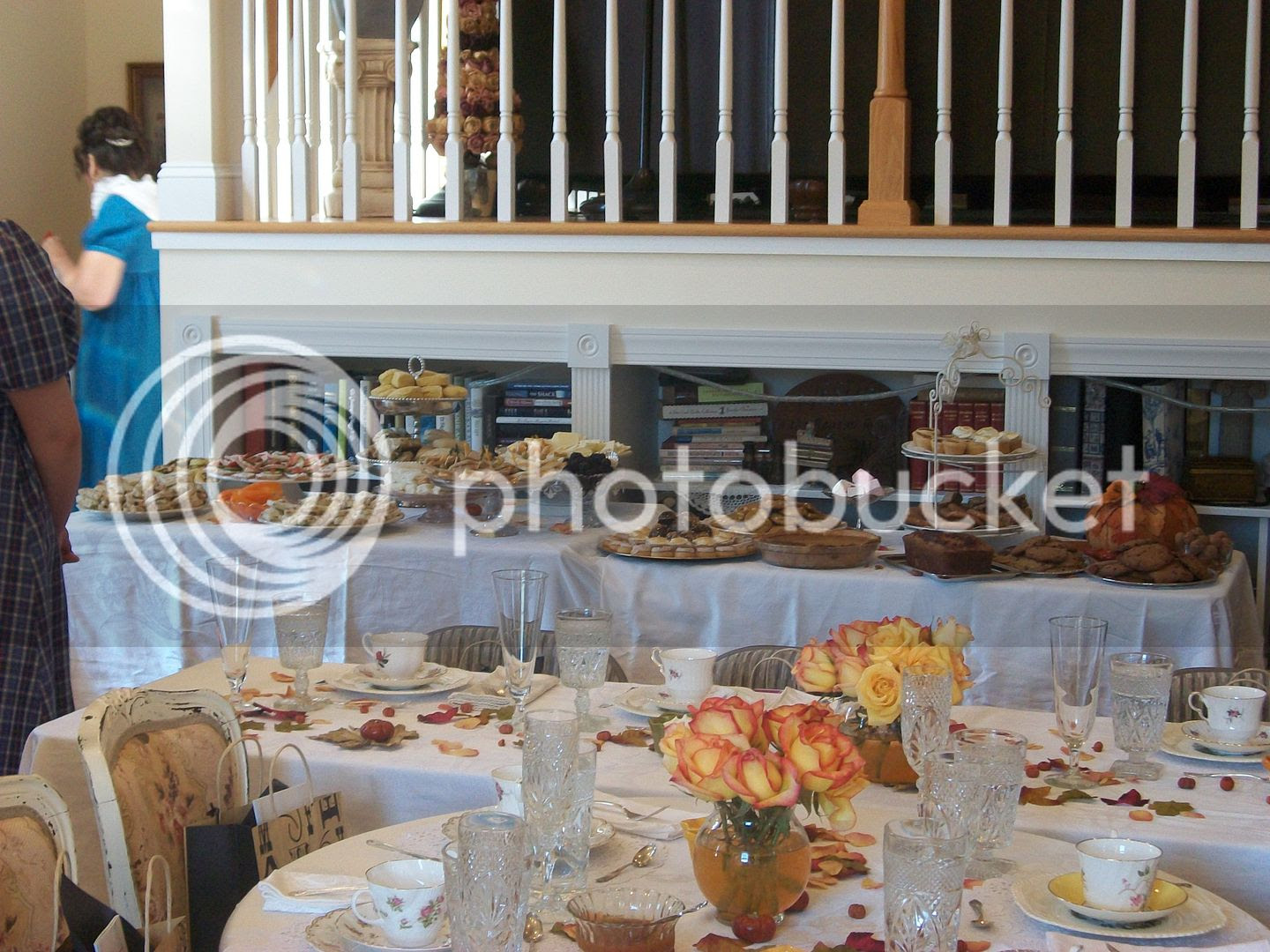 Maggie and I showing off our one-off Robert Land shoes! This was the first wearing of my new two-of-a-kind Robert Land boots (Koshka-the-Cat has the other pair; she bought them first and posted the link, which apparently I was helpless to resist), so they had to be documented. Because they are awesome. They look fab, and are really comfortable. They're my first pair of Robert Lands, so I had to gush about them a bit. :D 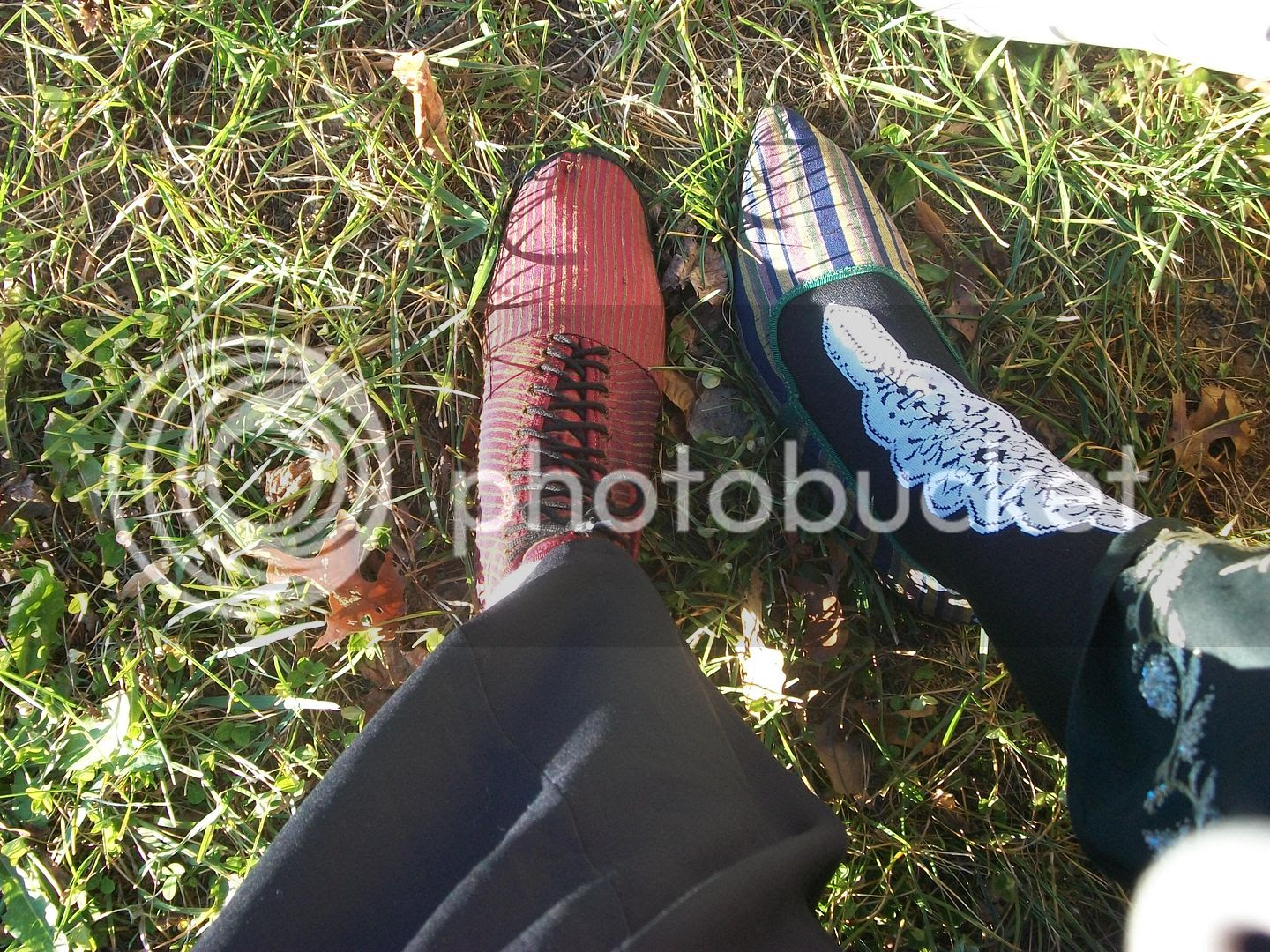 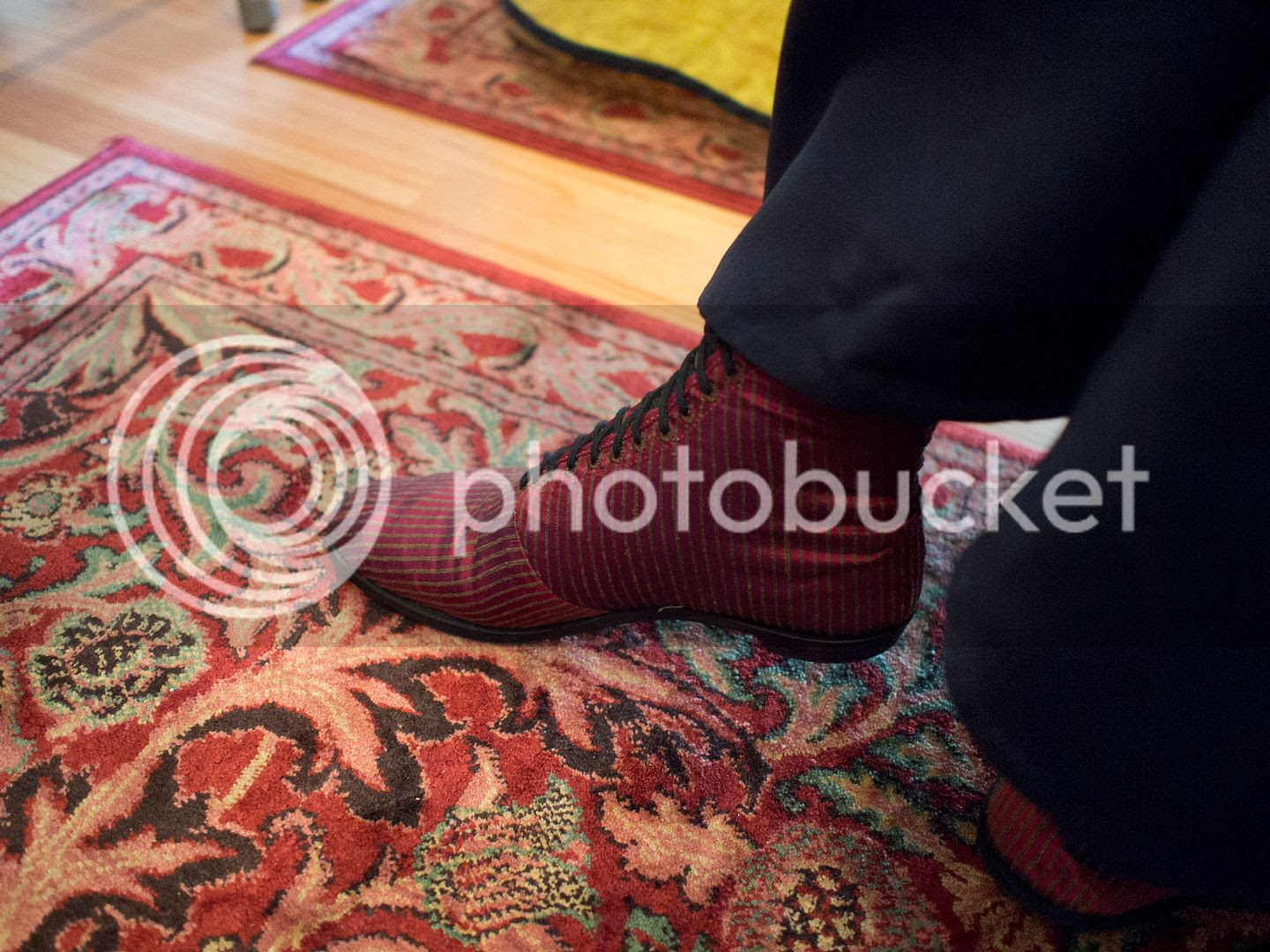 Shoe shot of (almost) everybody! 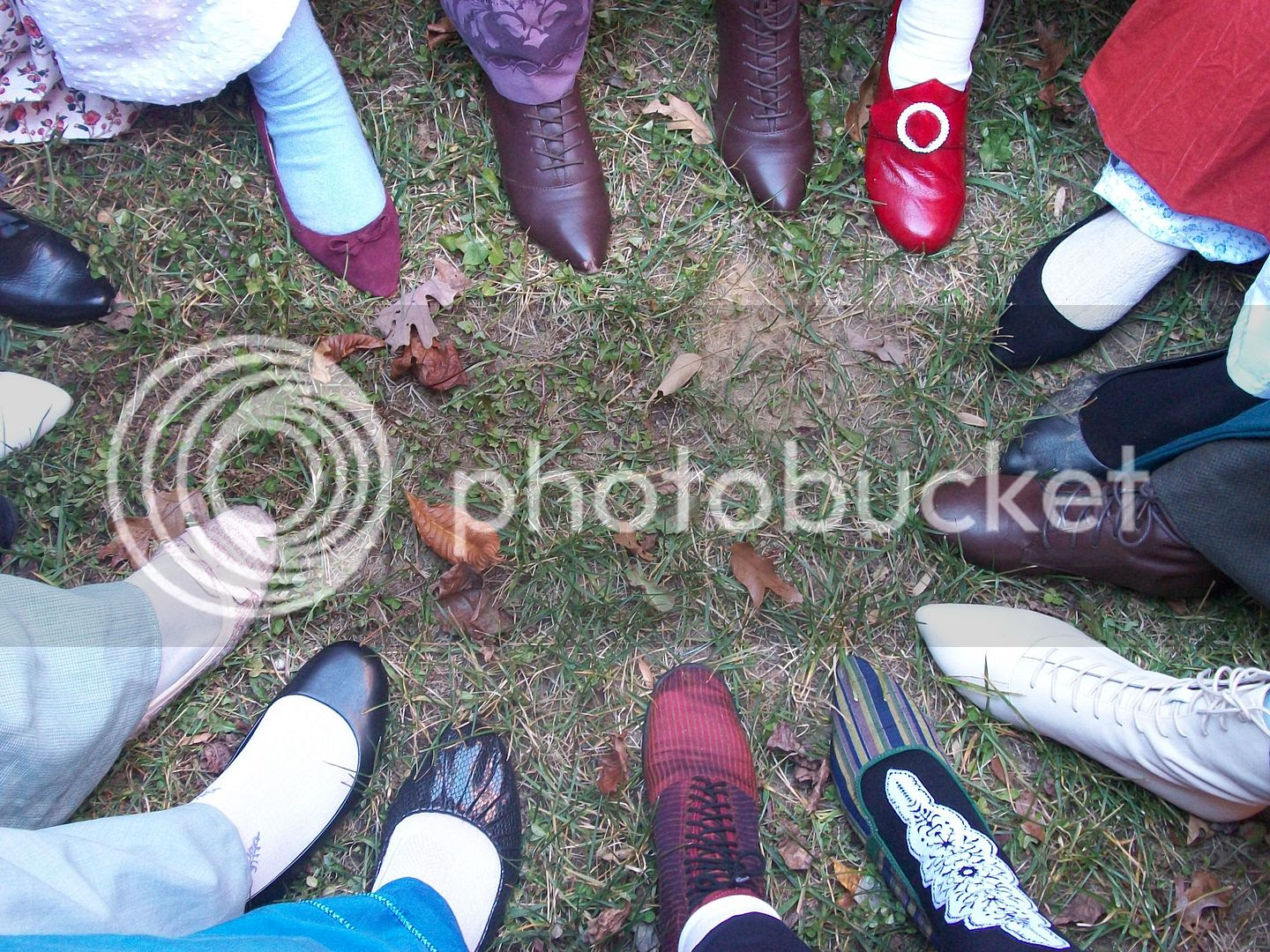 The now-getting-to-be-traditional "Regency wedgie" shot, hehe. (If you're unfamiliar with that, it's because there are so many fashion plates of ladies holding up their skirts artfully...that look like they're picking wedgies. We think it's funny.)

I wore my pompom spencer and jumper set - it's a couple years old at this point, but hasn't been worn altogether to an event, though I've  worn the jumper to a few things. (This tea two years ago, actually.) 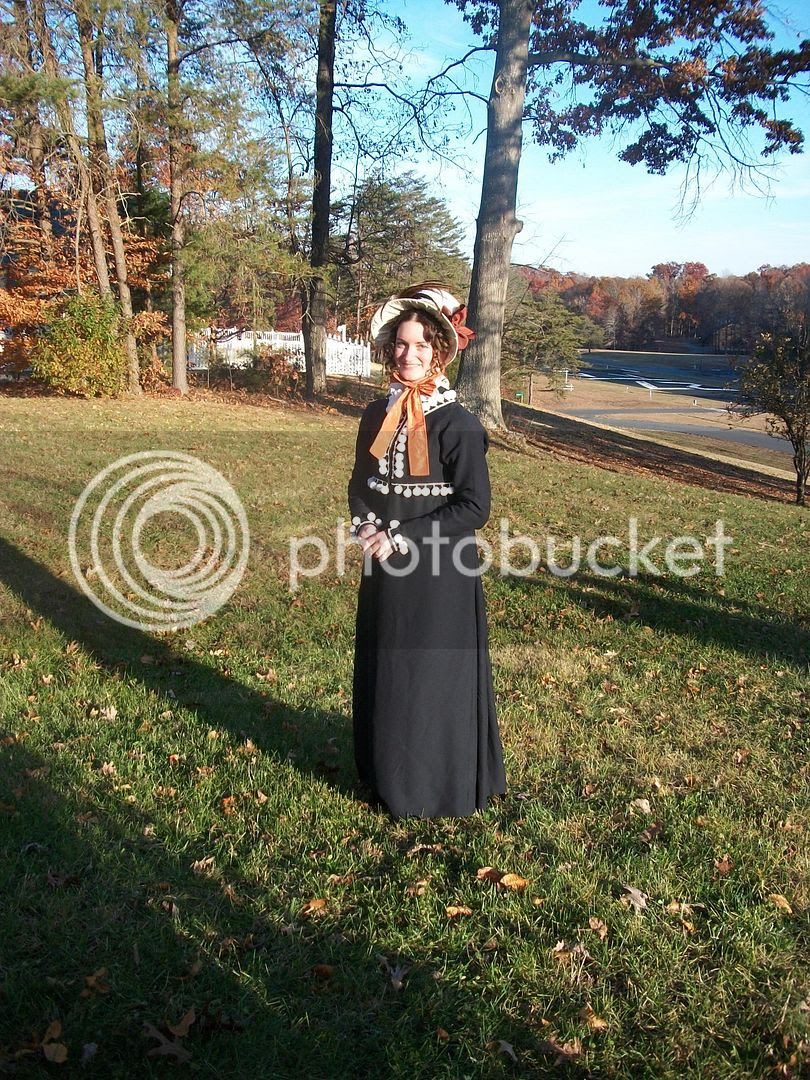 Also stuck some more feathers and a bow on my bonnet, just to spruce it up a bit. 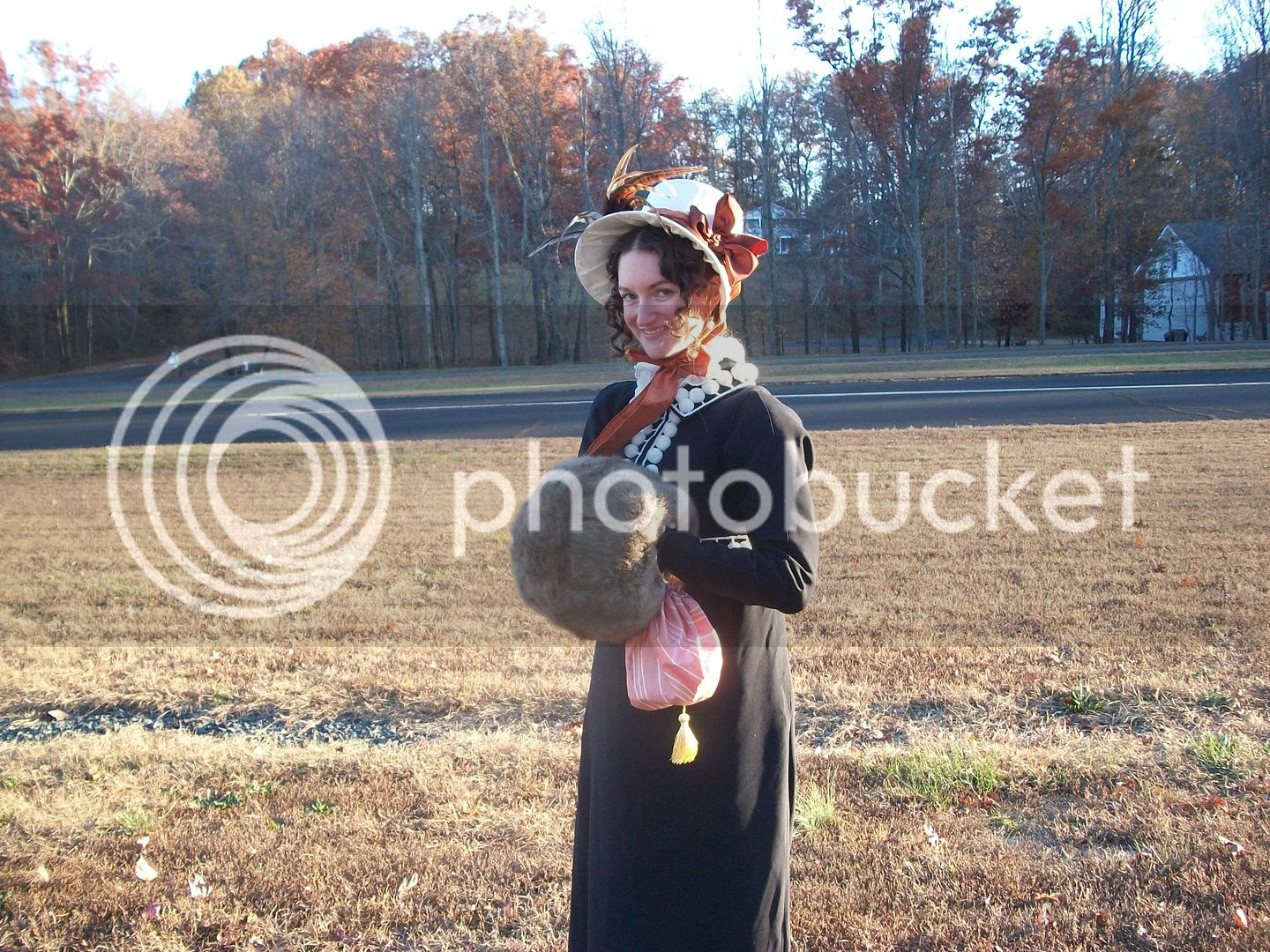 And I love in-costume shadows! 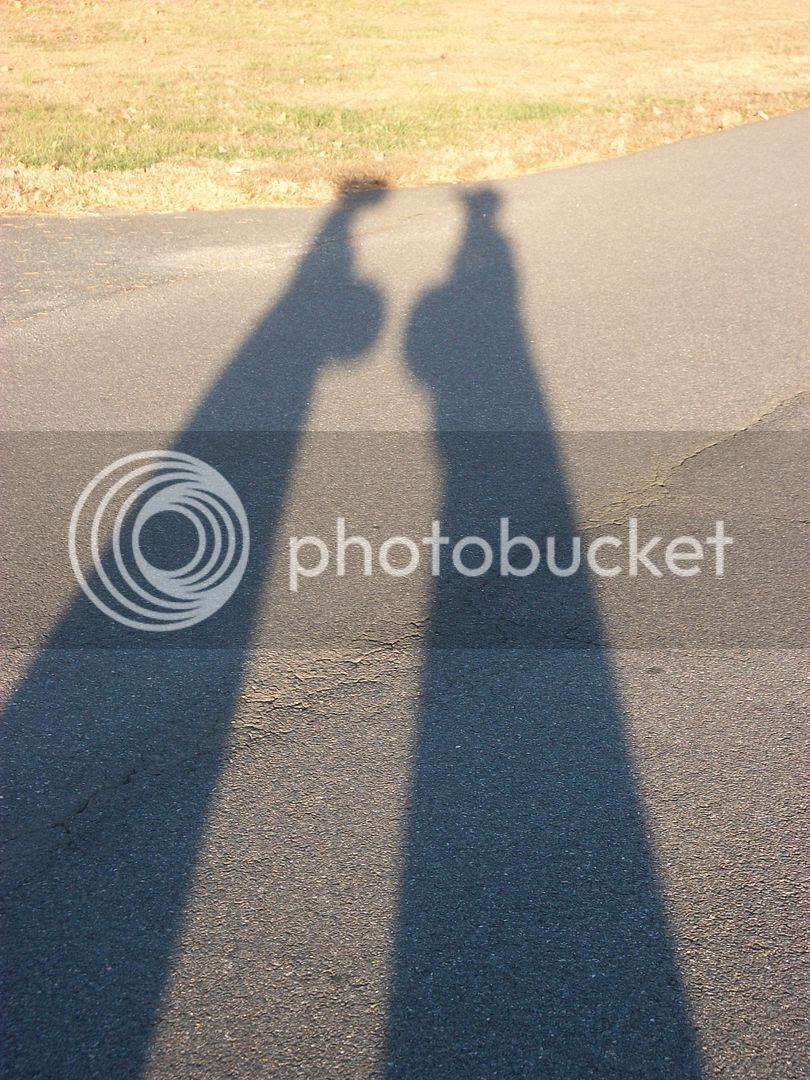 A bunch of us stayed overnight (long drive, doncha know), and spent our evening watching Austenland and drinking champagne in our tiaras and pajamas. And eating chicken nuggets, because that's how we do.

I have a bit of a break before our next set of events in December, and at the moment I'm working on an early 1860s plaid silk dress that I don't even sort of need. But I wanted to be Christmassy! It's for a "Victorian Christmas" at Pennypacker Mills over in PA, and I somehow got it into my head that this little event needed a new dress. Well, I already had the fabric, so...why not!

Plus it's nice to do something on the machine for a change! I adore hand sewing, but I kind of wanted a break from sewing skirt seams by hand.