Living history day at the NYHS

- July 20, 2015
I was invited to join some new friends at an 18thc living history demonstration they were doing for the New York Historical Society this past Sunday...I could sit and sew things and talk to the public about it? Sign me up!

I worked on a cap, which was apparently not as exciting as the tailoring demonstration going on next to me; I kept teasing that next time I'd have to bring a whole gown with me, would that be impressive enough?

And I was very glad I was inside yesterday, unlike the poor guys with their drumming...it was HOT! And the triathlon closed down half the streets in the city so we couldn't even get to the Historical Society; we had to park about six blocks away and hike our stuff over so I can tell you just how hot it was! Was very grateful a gauze cap didn't weigh much, at that point... 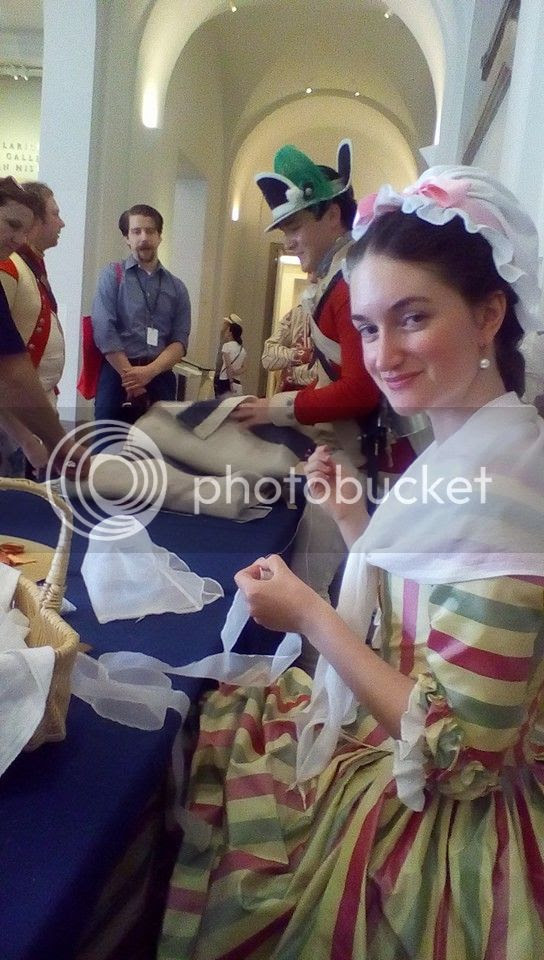 My friend Eliza specifically requested fancy, and this was as fancy as we were getting with only an hour between wake-up time and departure-time to drag myself out of bed, eat breakfast, do hair, and dress! It's a 2+hr drive for me...so no hair powder this time, sorry kids. 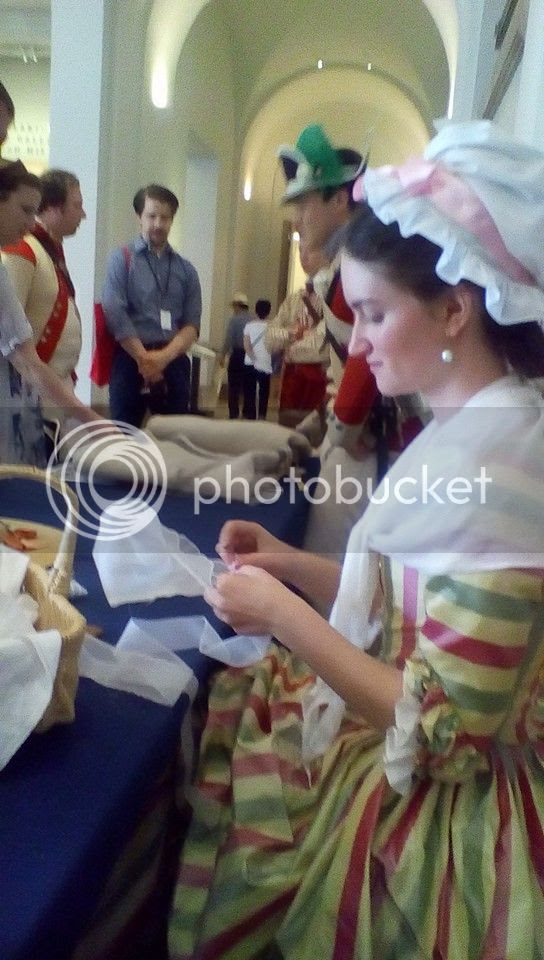 As you can see, I wore my striped taffeta gown (the original plan was to wear my pink sacque but discovered that did not, uh, quite close at the CF or fit my fat arms in comfortably, haha. I could lace down quite a bit further, but not comfortably for all-day wear. I'm vain but not that vain!). You may notice it's now got trim on the sleeves and no trim at the neckline or CF. That's because the red silk that was on there has been spending its time since December quietly and evilly shredding itself to bits, despite not being touched. I have no desire to spend the day covered in red fuzzies, so I either have to abandon my original trim scheme (more likely, as I still have plenty of striped silk) or buy a couple yards of nicer, more tightly woven silk that won't fray so badly when I pink it!

Hence the fichu worn over the gown, rather than under as I usually do! Hides the lack of neckline trim. :D Well, you know, sort of. 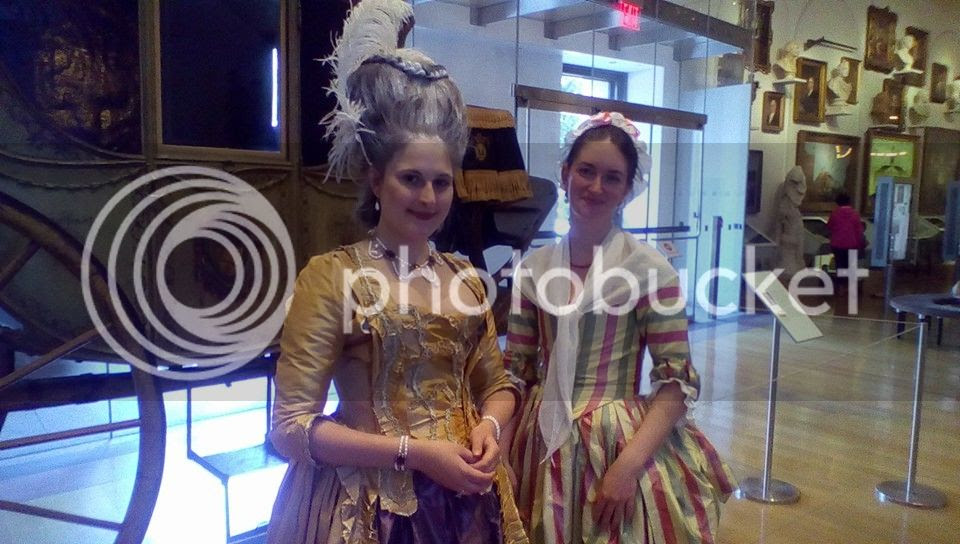 Since I had that clever idea to hide my invisible neckline trim with my fichu, I only had to spruce up the cuffs (which was good, since I was a bit of a last-minute replacement!) with a bit of gathered trim and the linen ruffles I made to go with my cotton print jacket. Ideally I'd wear slightly larger and finer ones with this dress, but those are the only ones I have besides the big drapey lace ones from the pink sacque...and that's a leeeeeetle too much for this dress. 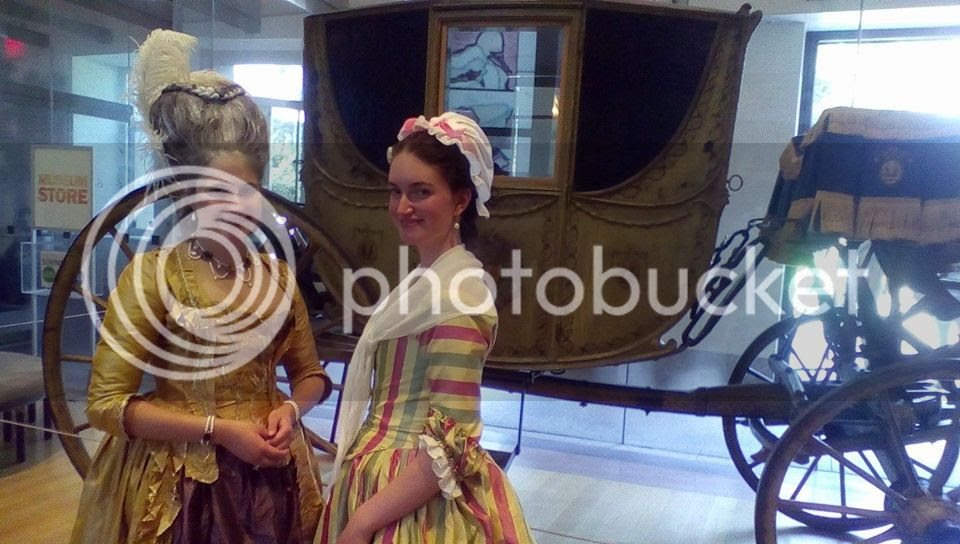 Poor abused thing...I sweat through it completely, of course, with all the hiking we had to do to and from the NYHS. It'll need a good airing! Gross.