A Summer Day in a Turque

- July 12, 2015
Today Robin and I went to the Historic Village at Allaire, partially to do a favor for a friend that volunteers there and be in their fashion show, but mostly because it was a very good excuse to dress up! Robin wore her new Regency dress, and I decided to finish something that's been in the UFO box for...approximately two years. All the satisfaction of a new dress with about a tenth of the work - all I had to do was sleeves and finish the neckline. 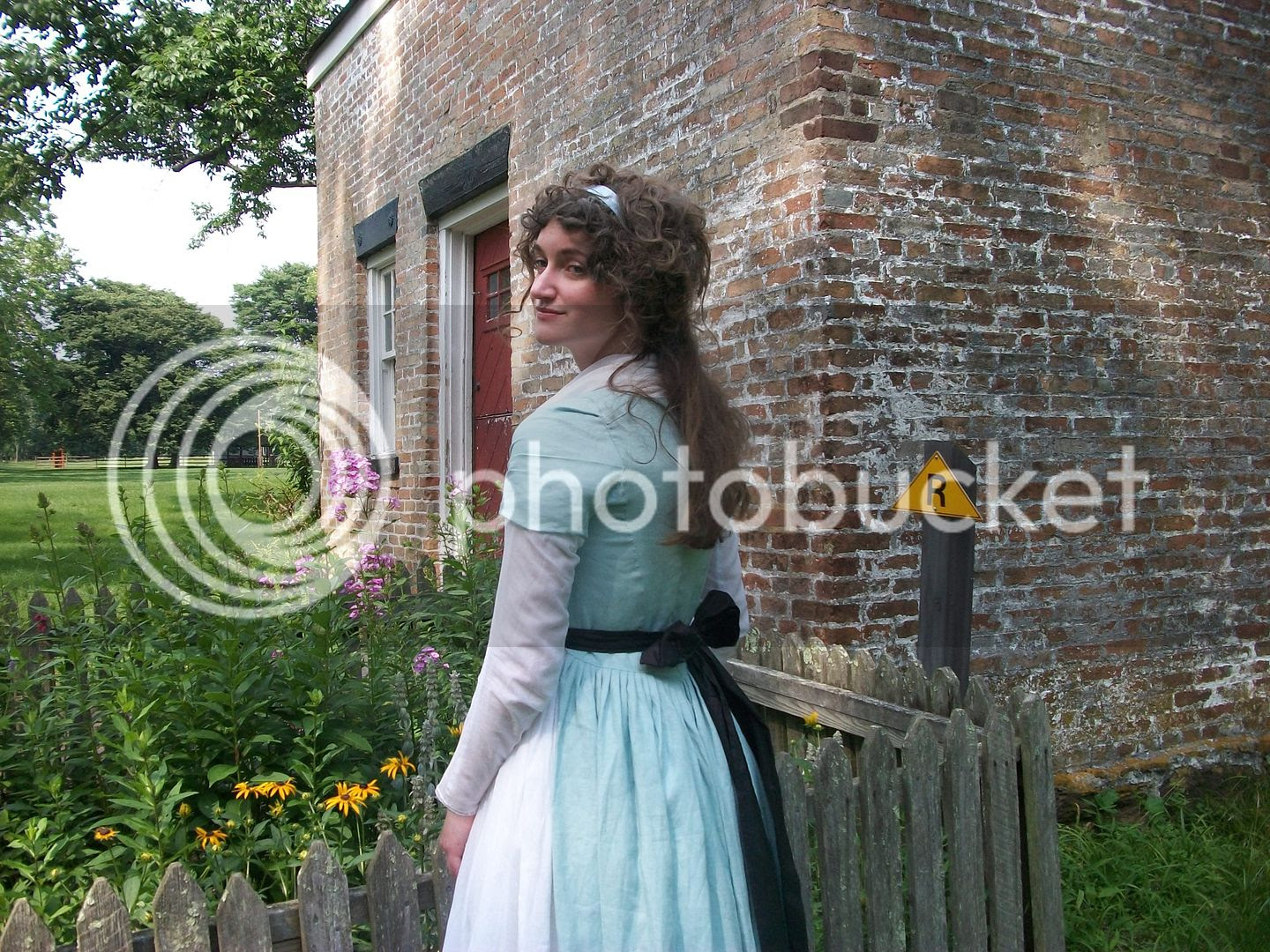 It's a 1780s turque - an open robe that, in this case, is worn over my chemise gown. It's a bit of retroactive research; I really liked the style of a particular dress worn by the Duchesse de Polignac in the film Marie Antoinette, and poked around in portraits and fashion plates til I found enough similar things to justify it! Turques do seem to be more along the lines of proper fitted-front gowns rather than over chemises, but I've been assured by People Who Know that I'm allowed to call it a turque, and that they won't throw me out on my ear for it! Yet. 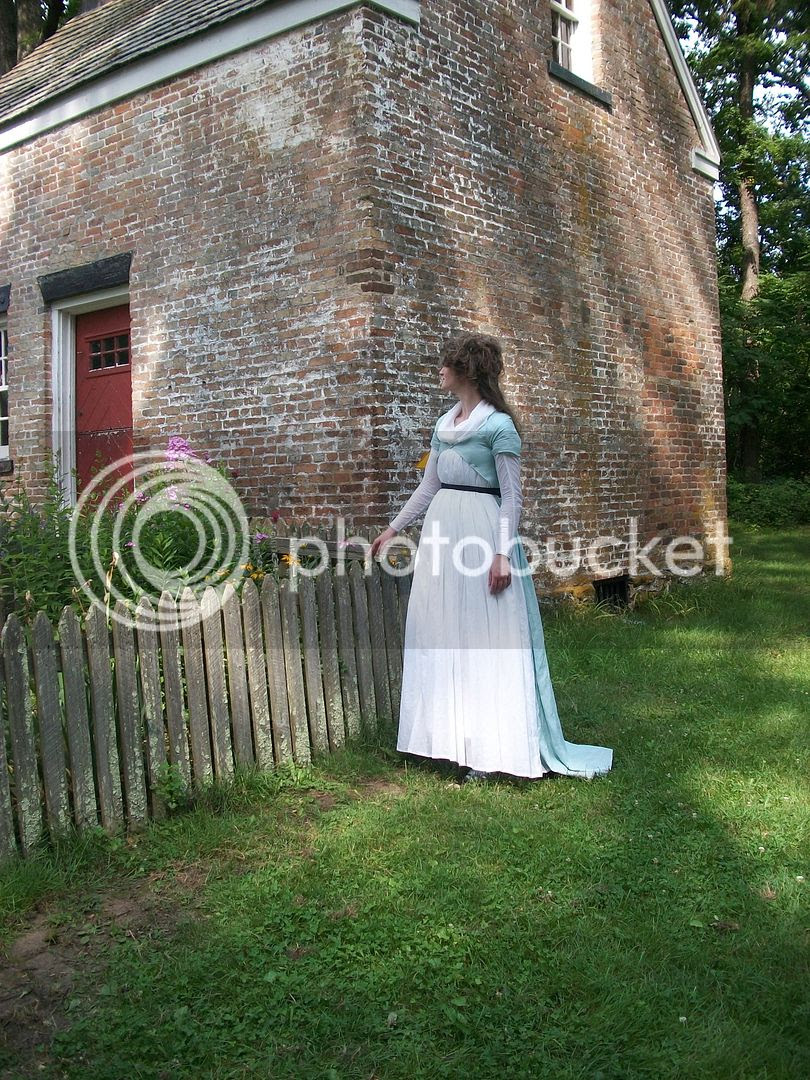 For its first wearing, I decided to style it a bit later, probably about 1788-90, because of the small hair. I decided I didn't really want to wear a wig with the forecast at 90F! Layers and long sleeves, absolutely, but a wig is just a bridge too far, apparently...

No wig also meant no hat, as my 1780s straw is decidedly meant to go with Big Hair, and won't stay on my head with a smaller style! I was very generous with sunscreen and seem to have mostly escaped toasting though. And Allaire is full of lovely shady trees. 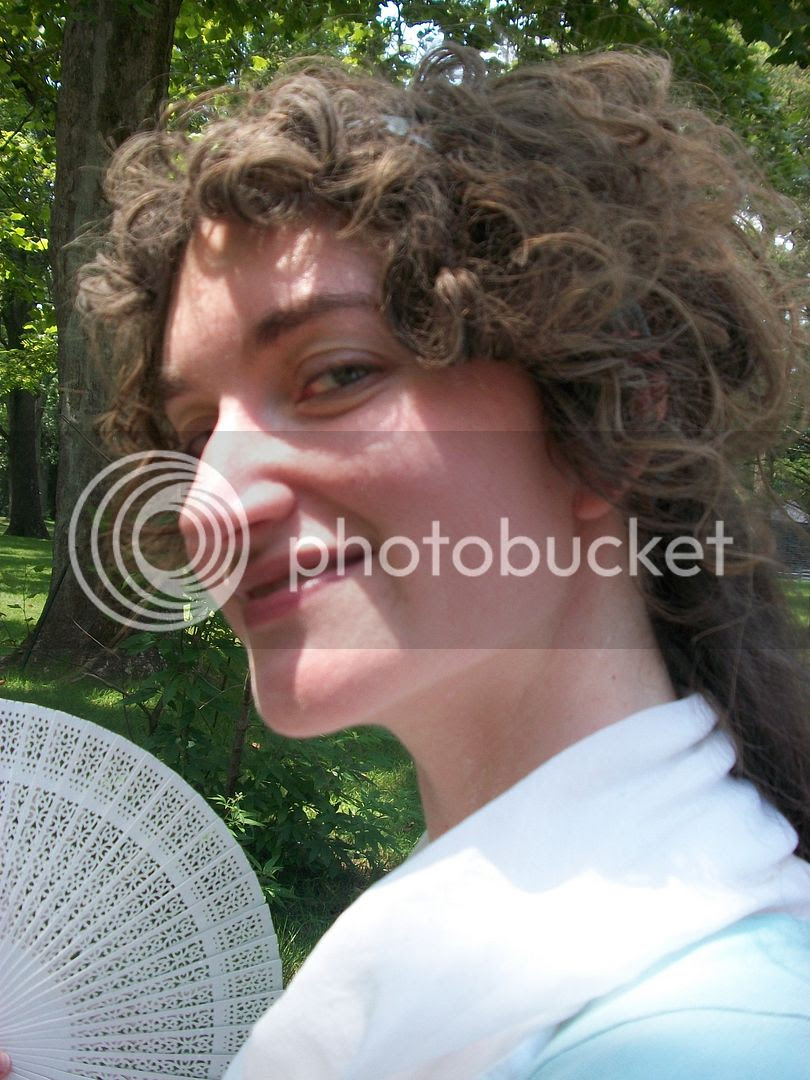 For a bit of fun I powdered my hair (as I got asked about it many times today, yes that's all my hair, no it's not a wig!). I know it's a bit of a pain and definitely not as attractive to the modern eye, but it was so common in period I'd love to see more of it around! I suppose I should put my money where my mouth is, then... I used the grey powder and clove-scented pomatum from LittleBits on etsy (I love her shop and can only restrain myself by reminding myself that there's only so much stuff I can put on my hair and my face at one time...), applied relatively lightly - because I currently do it with a powder brush and only have so much patience for my hair! This mess took about an hour, between all the pinning up and powdering. My front hair is much longer than is desirable for 1790 hair! 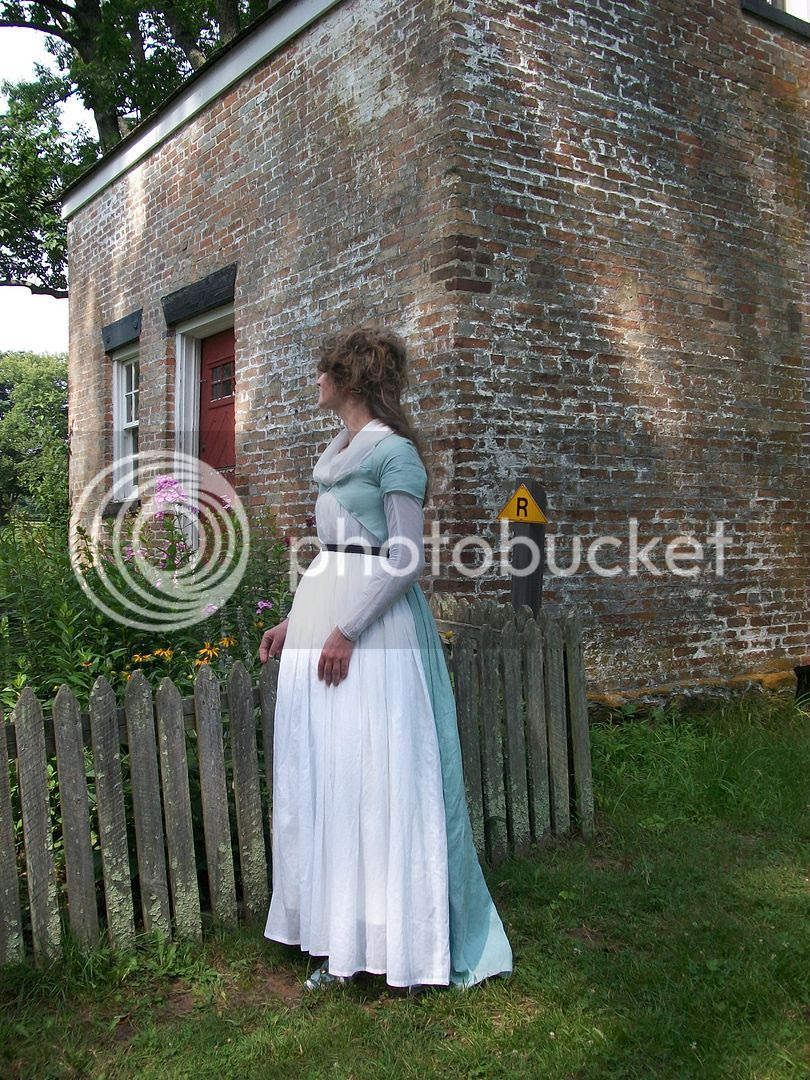 My only real critique is that I didn't actually fit the turque over my chemise gown when I made it, so to get the two front edges close enough to pin I get a bit of "stuffed-sausage" look at the bust point. Not accounting for 200" of fabric was maybe not the smartest thing ever, even if it is voile! Stuffed sausages aside, it's actually quite a comfy dress for a summer day, long sleeves and layers (two linen petticoats underneath, no false rump) and all. 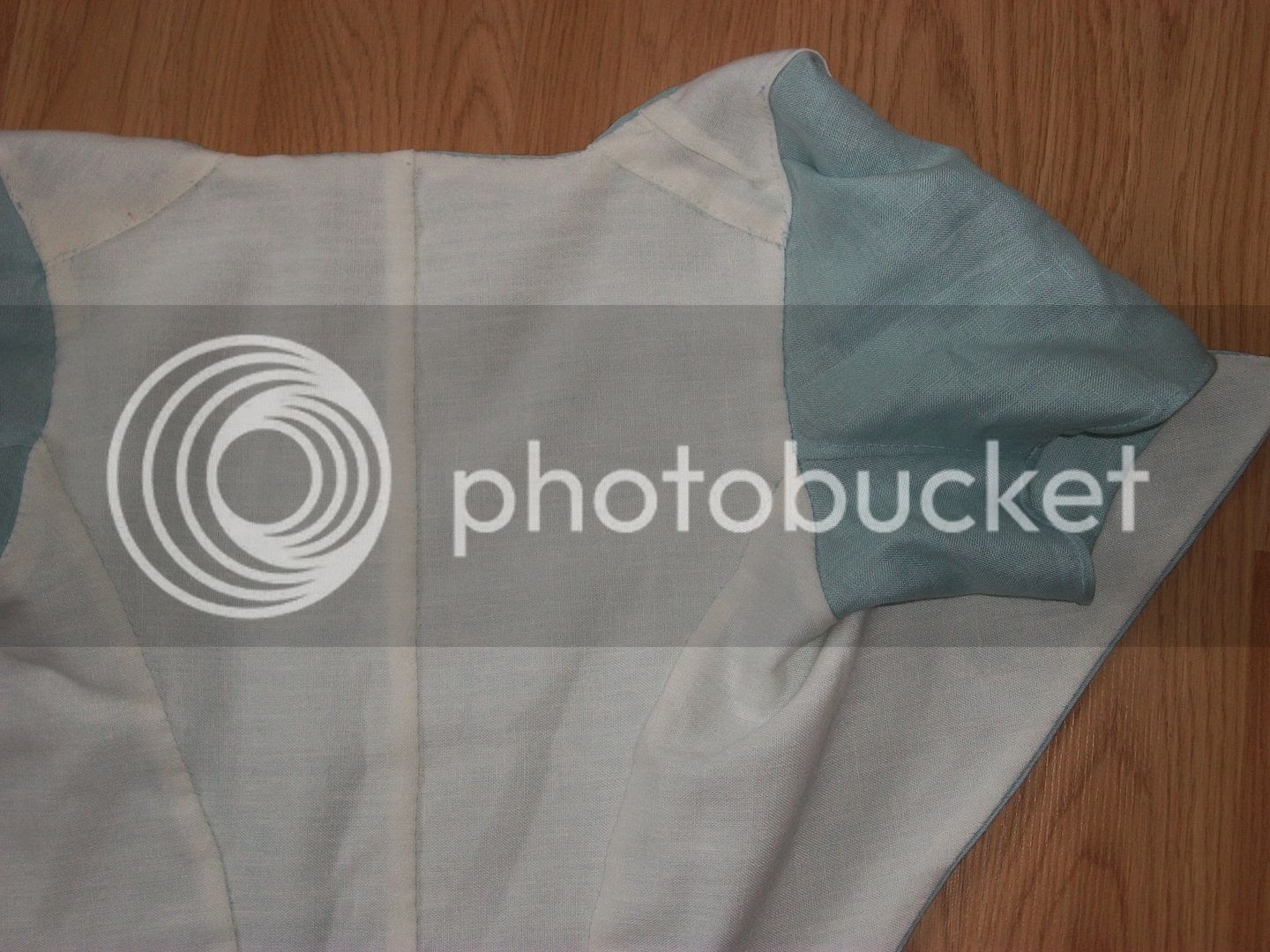 As usual, a few construction details:
The turque is hand sewn, and made of a lightweight blue linen. The bodice is lined in white linen; the sleeves are unlined.
I don't remember anything particular about the construction, except that this past week I discovered that I'd sewn the left shoulder strap with the armscye curve going over my shoulder instead. Ooops? Well that would be why it fit slightly oddly! Decided it was less work to take a tuck in the lining and just smooth the blue linen over it, than unpick the whole thing and resew it. The sleeves were mostly attached at that point, so...