I was hoping to get the dress to go with the coat & hat done as well, but no dice - I was pretty sick a lot of last week, and it really wiped me out! Slowed down the sewing considerably as well. It's okay; I don't need it til the end of the month. I can do that!

So, since I have no dress, you just get the coat modeled on Mabel the dummy for now. Not as exciting, but I'll put up pictures of the coat on me after the event. 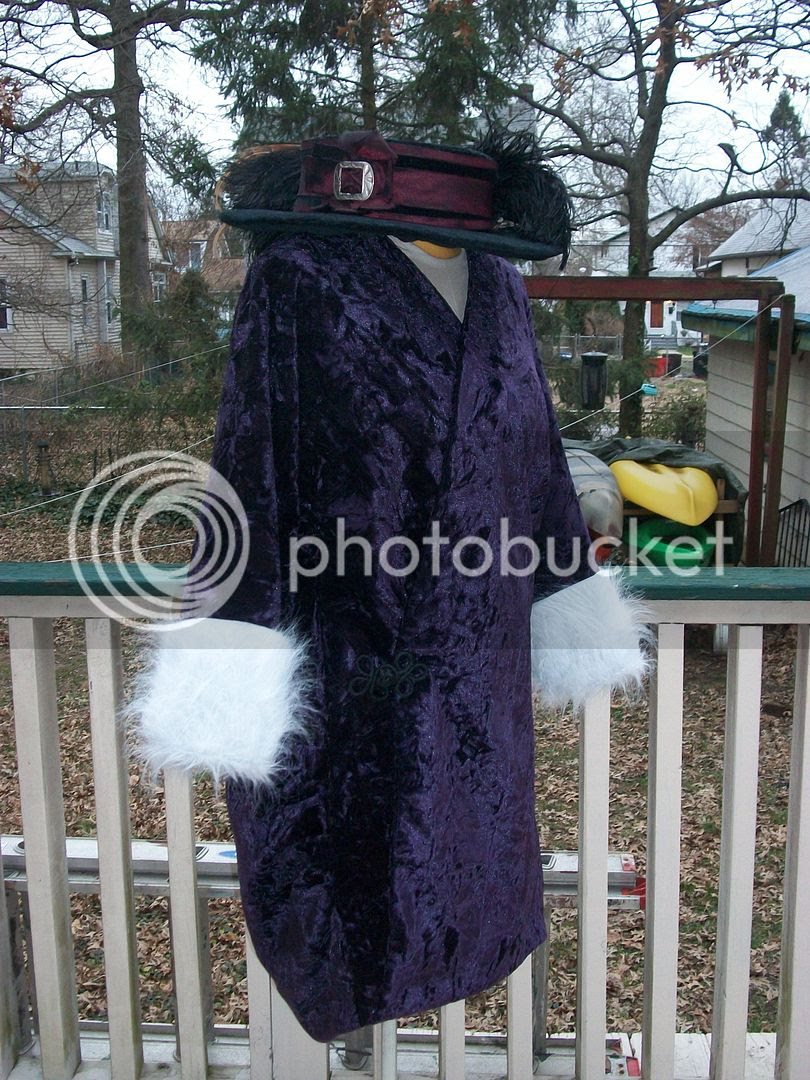 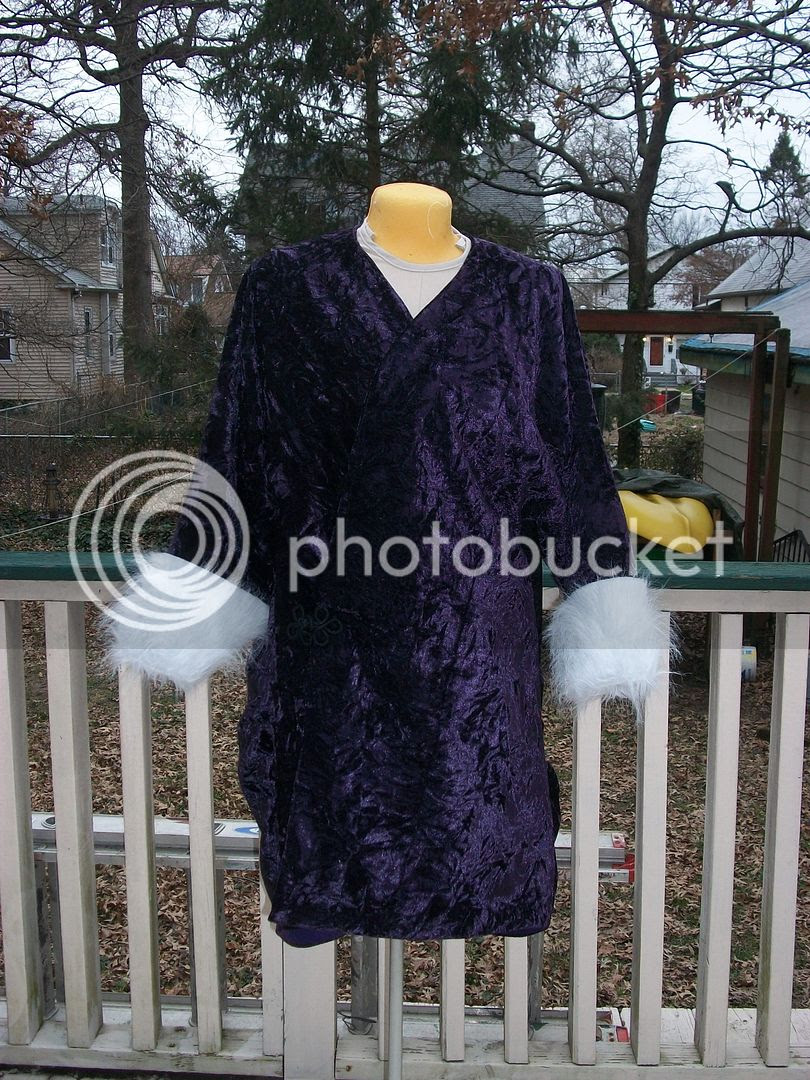 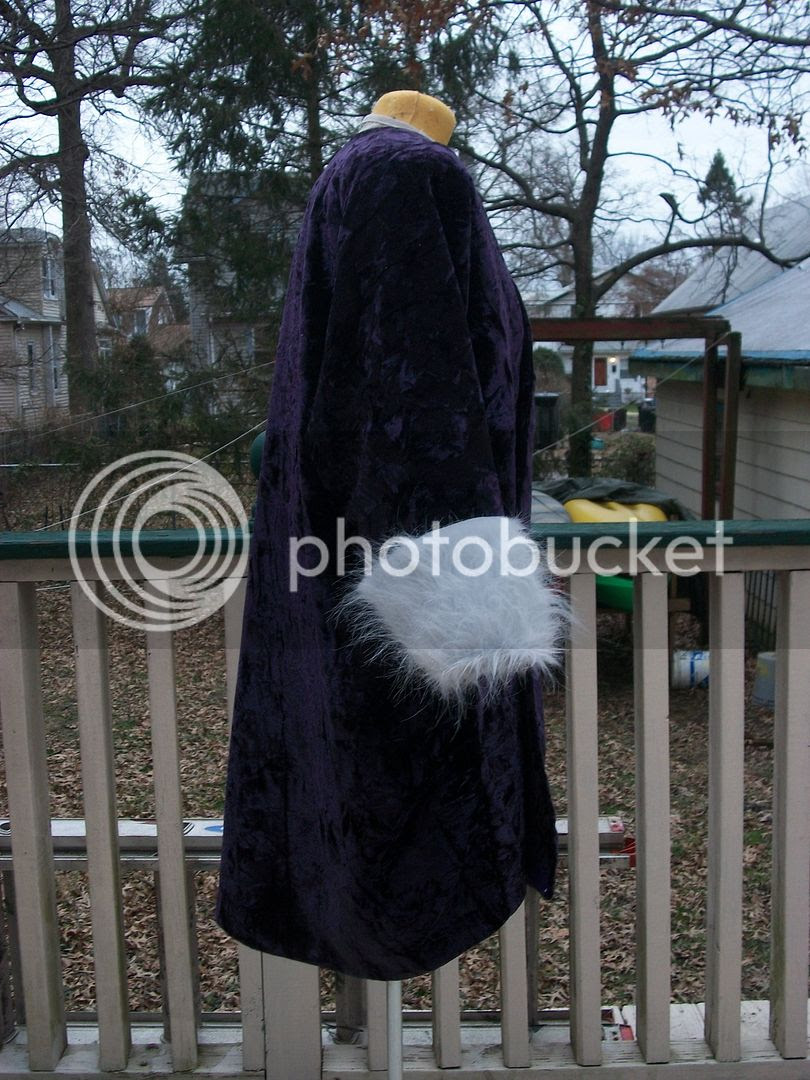 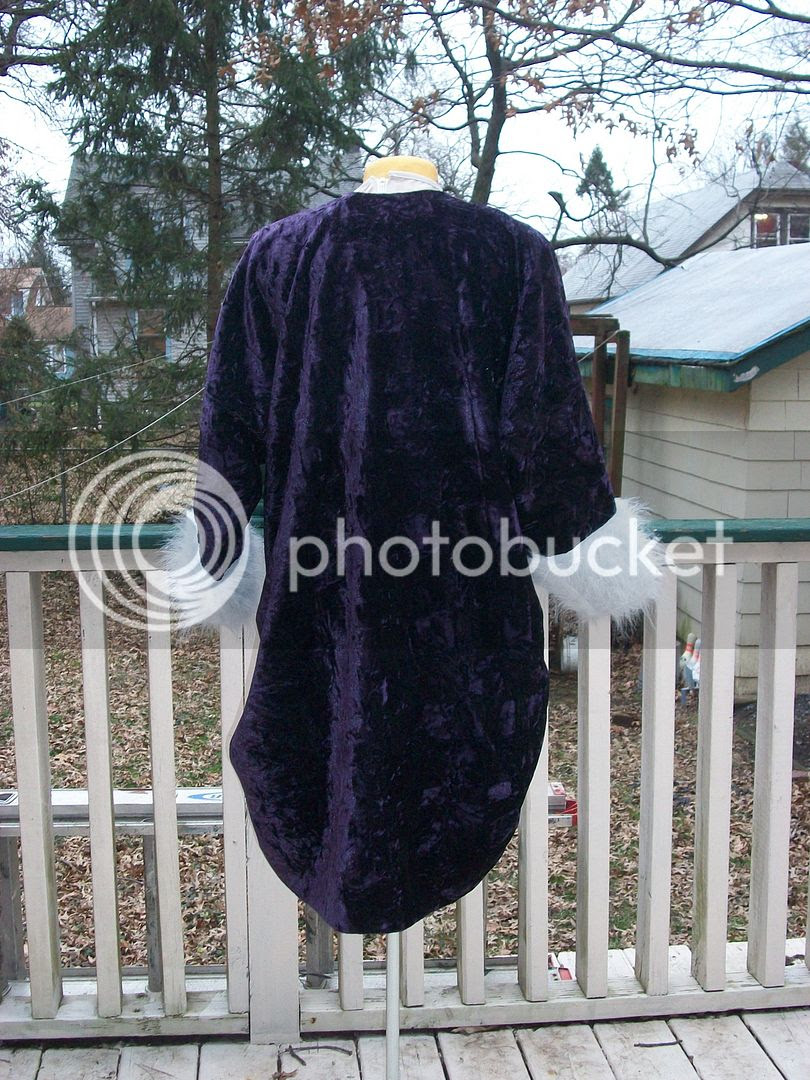 And the basics...
- I didn't use a pattern or base the coat on a specific example, just tried to follow the general silhouette of the early teens. Dresses were slim but paired with voluminous coats! I just draped and pinned til I liked what I had. I did find one example of a fairly obnoxious purple coat in a similar shade to mine (which of course I can't find at the moment), but that's really as far as the research went. So it's really more of an "early 19-teens coat" than a specifically 1913 coat...but I think it's plausible, anyway!

- Material: purple rayon/poly crushed velvet, lined in beige rayon, interlined with cotton flannel for warmth. Accuracy wasn't really a concern with this outfit, as it's strictly a pretty-pretty-princess event, so I went with what I could find on the cheap that wasn't pure polyester. And the fake fur came out of the remnant bin!

- I finished the hat before, if you check out the previous post (where you can see it on my head!), but I had to wait til my feathers came in the mail. Glad I did, because this is a hat that needs feathers! I couldn't decide between the ostrich and pheasant, so I ordered both and just stuck them both in! The rest of the trimming is just two different widths of burgundy/black shot ribbon, and a rosette made of that ribbon with a vintage buckle.

And some in-progress shots, if anyone's interested. Really basic construction, that I'm pretty sure took me seven times longer than it should have. Entirely too much hand-sewing on this machine-sewn coat!
And then I sewed the two seams and it was done! ...after tacking down all the facings and the seam allowances (which I don't usually bother with, but they were so bulky otherwise) and stitching on the fur and realizing I didn't have any big snaps and running out to Joann's and sewing on the snaps and frog.