It's covered in velveteen, which is why it's linty. I really need to get a lint roller. Or tape. Or something.

This is what I've been working on the past few days. I'm completely out of buckram but still have a bunch of straw braid from cheap hats, so I had to sew it back together in the shape I wanted, then cover it. Still needs to be trimmed, but I have to buy feathers so I can do that!

It's going to be worn with my as-yet-still-unmade red wool 1913 dress at the end of this month, when a group of friends and I are going to see the Titanic exhibit while it's at our local museum.

Apologies for bad lighting and bad pictures - but it's not really finished yet, so that's my excuse. 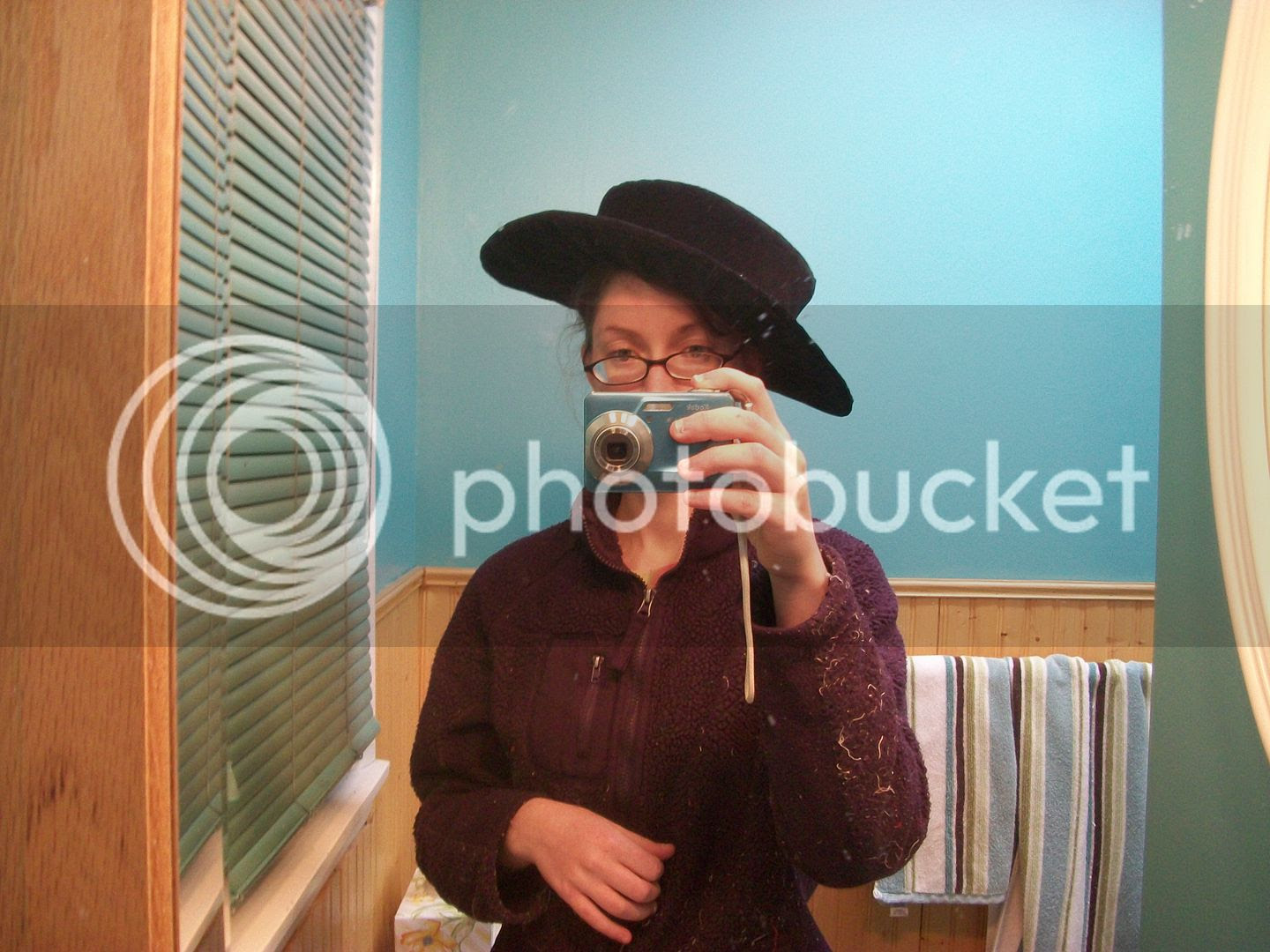 I'm going to tack up the back of the brim like in the second picture, hopefully at a jaunty (not stupid) angle and throw some ribbon and a stray vintage buckle on, as well as the feathers when they get here.

Quick specs for you...
- No pattern, just straw braid sewn together and covered! (That's why it's lumpy.) All by hand, no glue - mostly just because glue and I don't get along, and I don't really need my fingertips anyway.
- It's not really inspired by any particular hat, just my overall impression of the period, and a goal of "big hat but not TOO big because crazy big hats were definitely on their way out by 1912." (Don't listen to the movie!)
- Made of cheap straw braid, covered in cotton flannel, and then covered in black cotton velveteen and lined in pink cotton sateen.

And in-progress shots, so you can see the icky straw! Oh, and a note: All I know about millinery I learned from the Internet, so don't look to me for correct methods, please!
Dunno when the feathers will get here but once it's all trimmed I'll try to get a shot of the hat that's not taken in the bathroom mirror at midnight...

Email ThisBlogThis!Share to TwitterShare to FacebookShare to Pinterest
Labels: 20thc:hat