- June 25, 2017
Playing costume catch-up with a couple of events! This one was the Mid-Atlantic WWII weekend in Reading in early June. World War II is a little later than we usually do (and personally I really don't like early 40s fashion), but it wasn't much sewing for anybody, and a nice well-attended event that wasn't too far away.

I made most of a sundress from a Vintage Vogue 1940 pattern - the key word being "most." I tried it on the night before and it was too big. D'oh! Totally fixable, but not the night before an event I had to get up very early for. So I wore a very old striped cotton dress from a 1947 Vintage Vogue pattern (good thing I have a penchant for vintage in Real Life!) and called it Close Enough. Glad I did, too, as my sundress had a little bolero that wouldn't have fit a cardigan over top, and (amazingly for early June around here) I needed that cardigan all day! Cool and overcast, with an occasional smattering of raindrops. Well, I'd rather that than 95 and sunny! 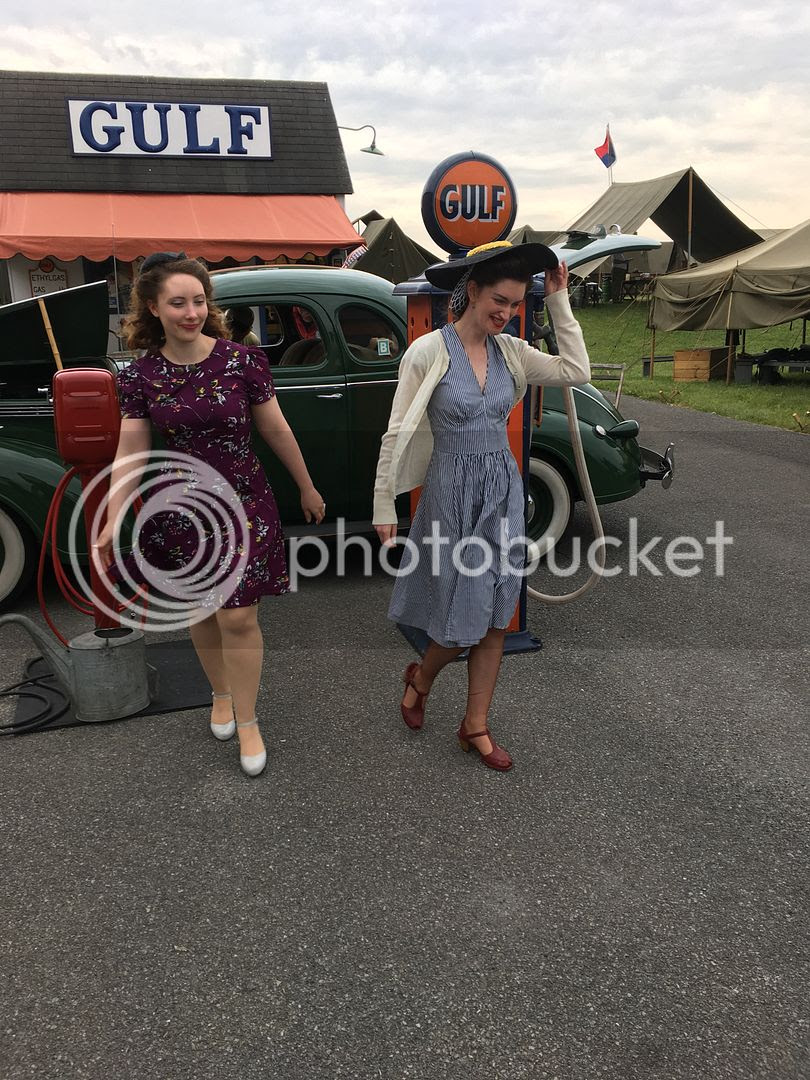 (Uh, NO, that's not my 18thc black straw hat that I didn't bother to take the pleated silk ribbon off, why would you think that?? Ahem.) 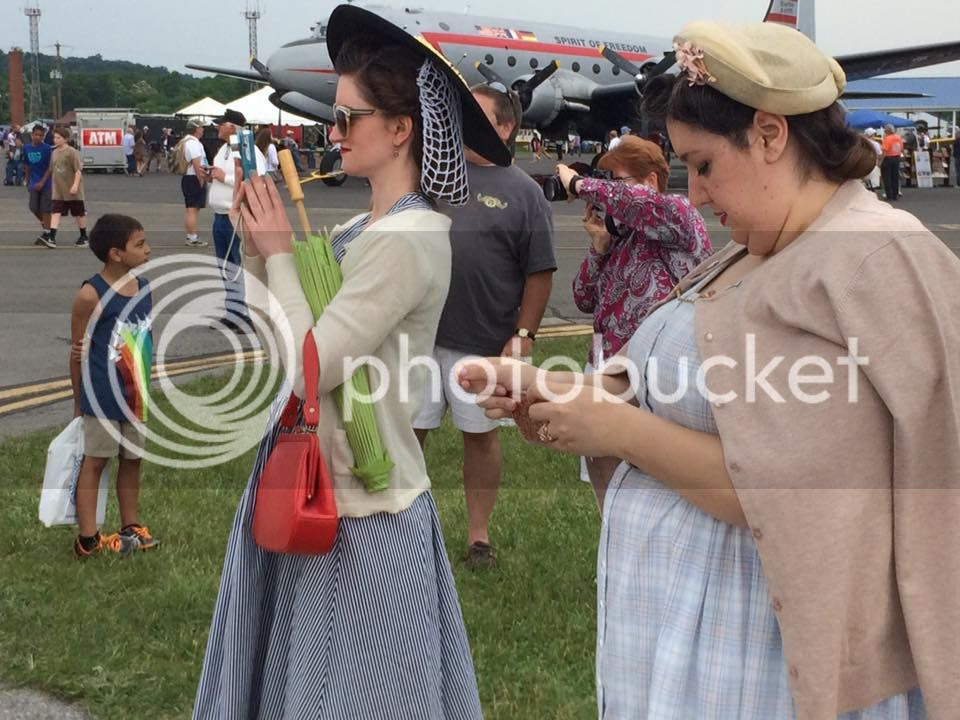 It was a lot of fun despite the iffy weather; next time we intend to go Saturday so we can go to the dance - and not be annoyances hanging out under people's tent fly when they're trying to break down camp at the end of the weekend! (Sorry.) 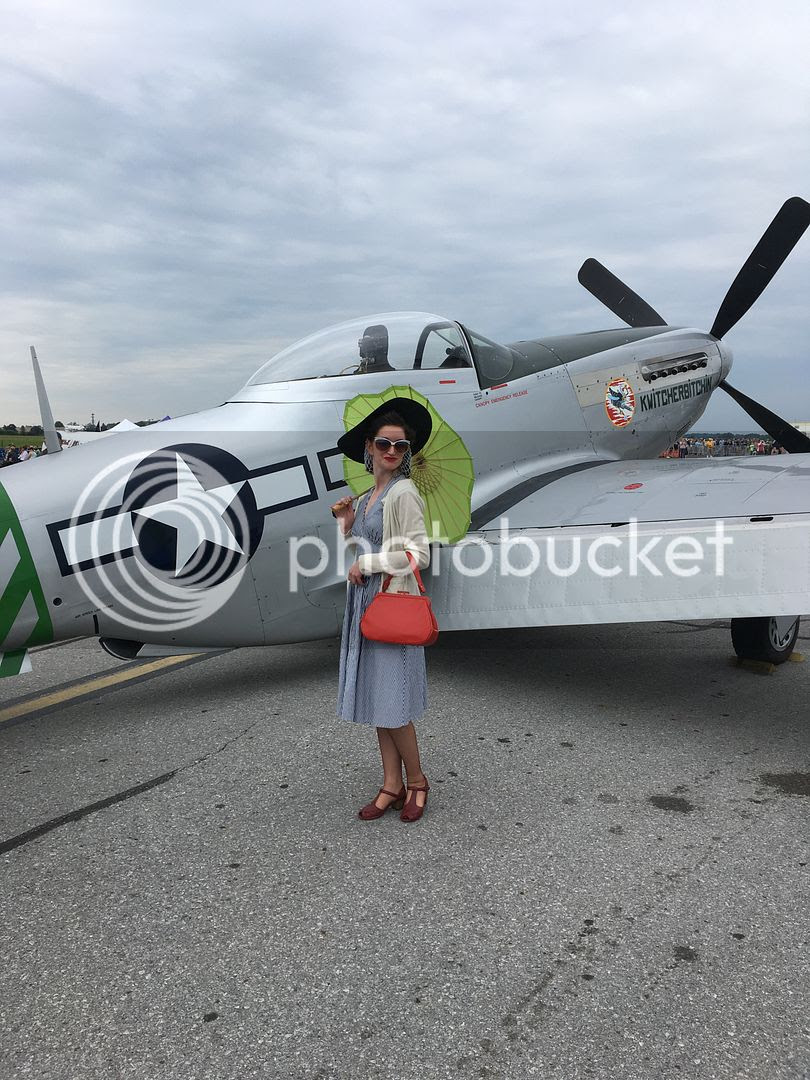 We were also fortunate enough to be offered a Jeep ride around the site (in the slight rain, but that dampened precisely no-one's enthusiasm for it), which was loads of fun! 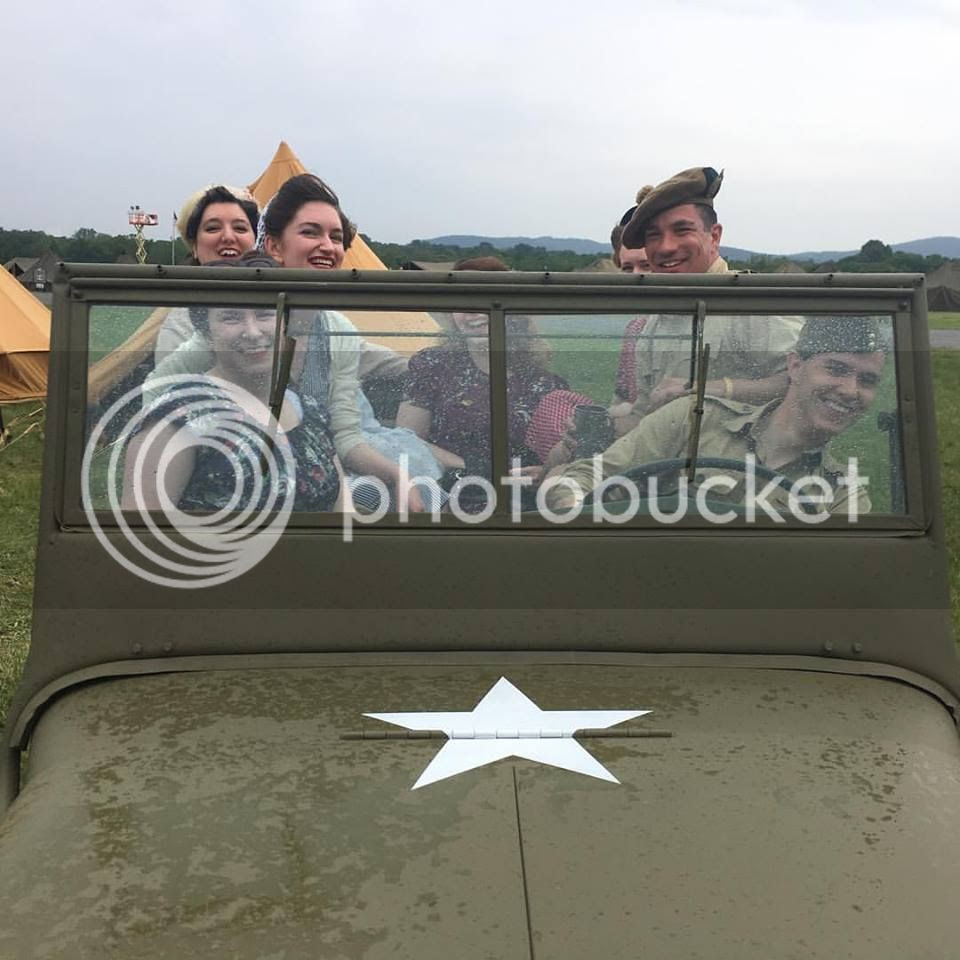 So for next year, I want to have both my sundress finished, and a backup option with actual sleeves in case we get weather like this again! (Again, good thing I wear vintage on a regular basis, so next time I get a yen to make a new dress...I'll keep this event in mind.) 1940s clothes are funny, in a way...I'm used to wearing corsets, hoops, petticoats and the like, since I've been doing this long enough that I'm accustomed to them, but 1940s is close enough to modern clothing that it somehow feels more foreign. Which I'm sure makes no sense, but there you go. 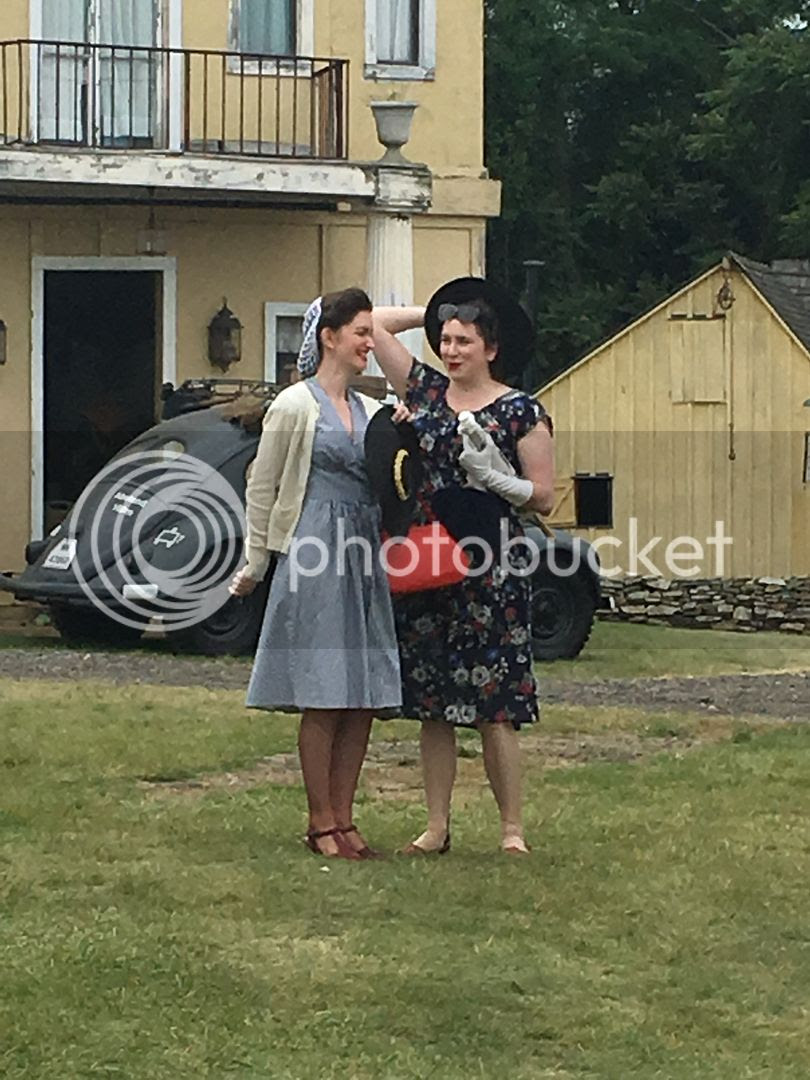 And I slapped a couple of filters on some pics to make them look a bit more oldey-timey...not especially convincing but rather fun! 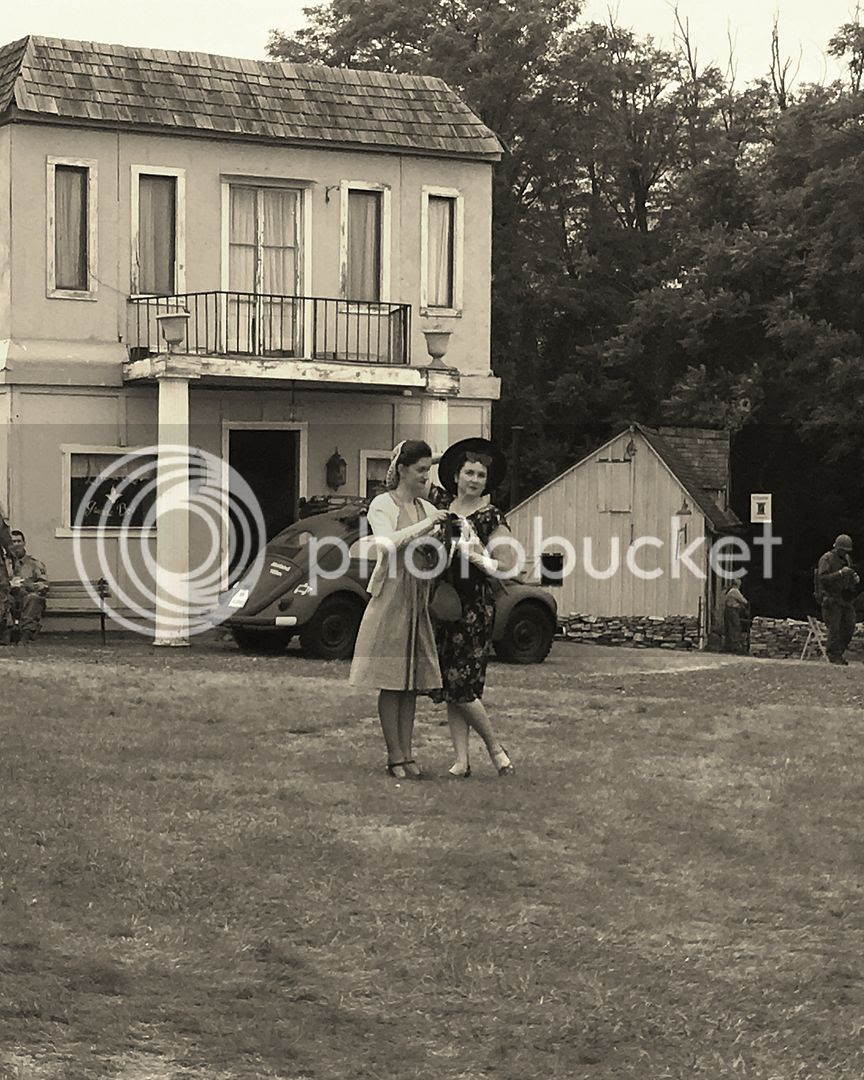 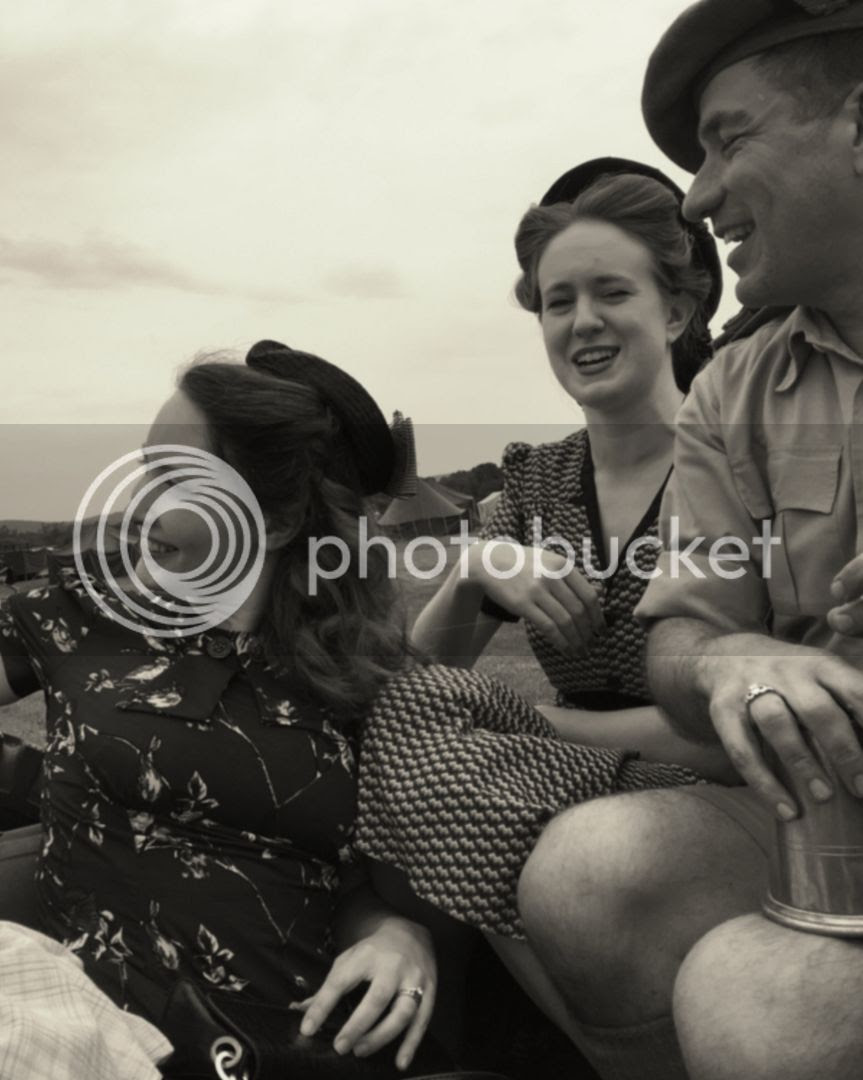 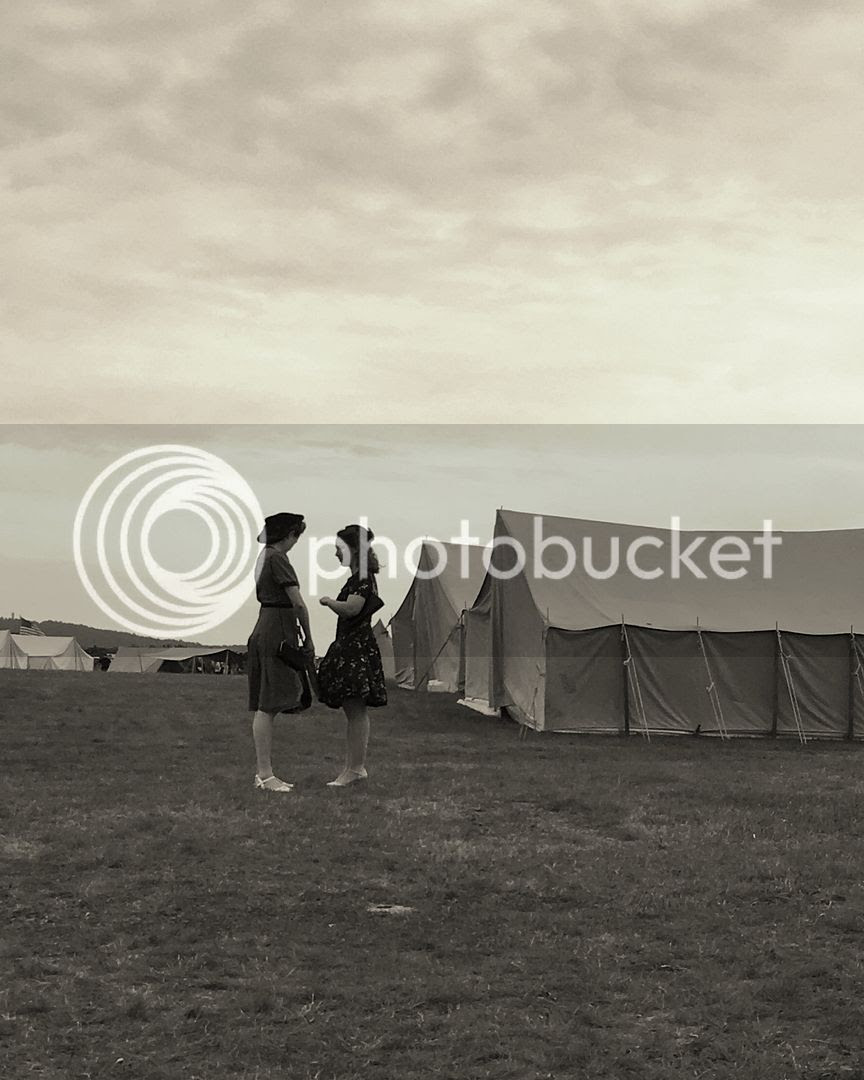 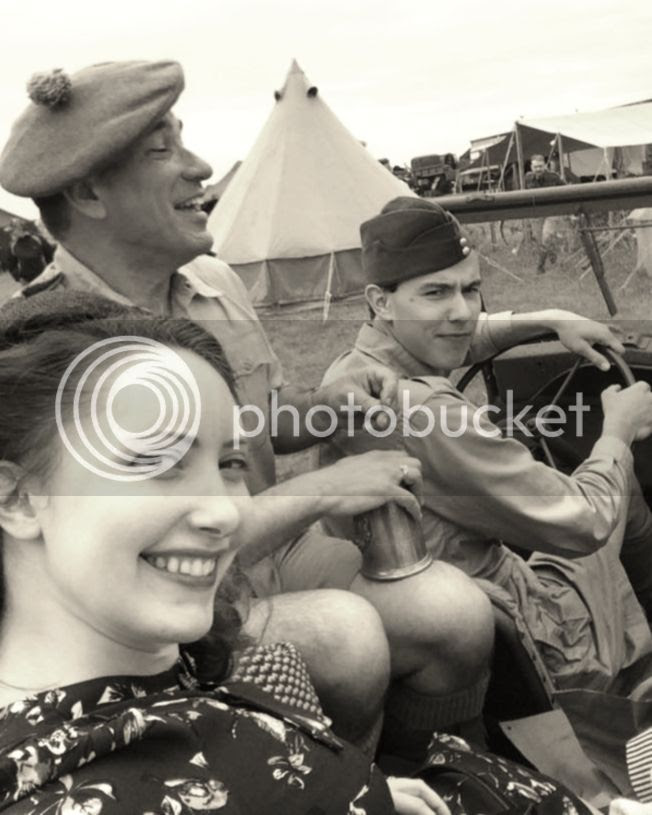 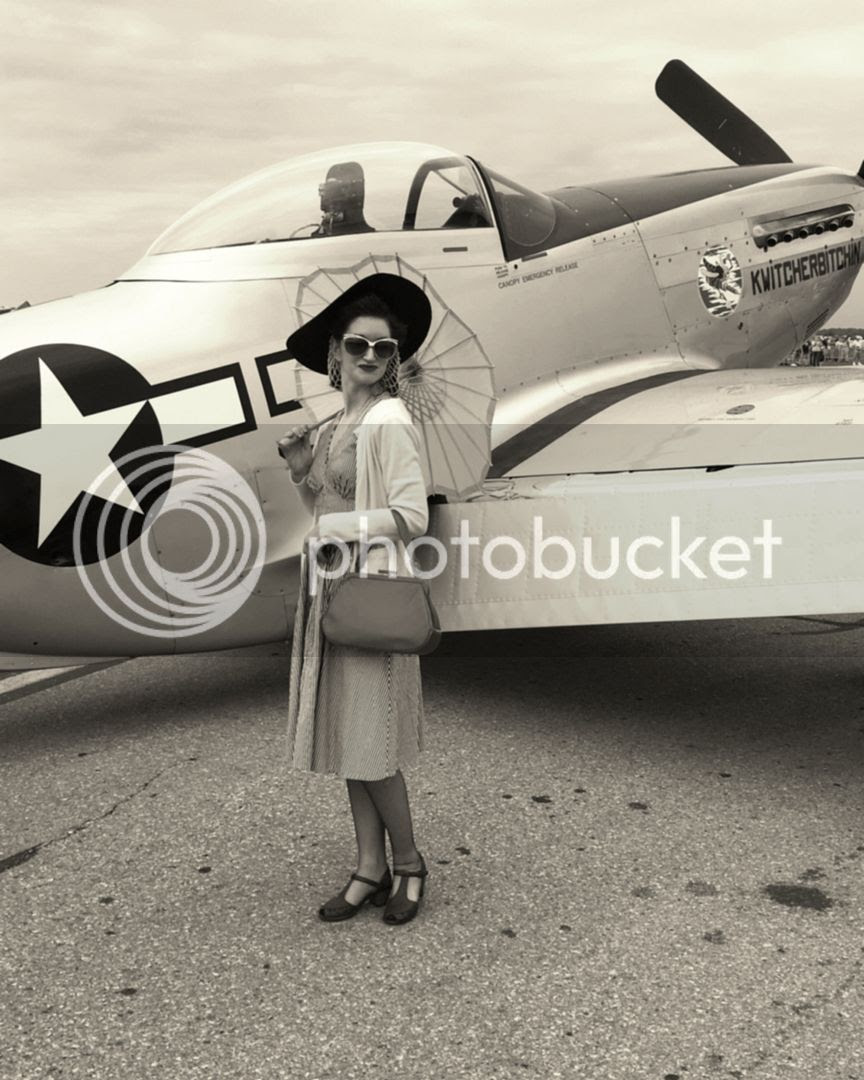