- January 16, 2017
For which I decided to get my fur-trimmed green pelisse wearable! The afternoon before, naturally. Well, there wasn't much required to get it into wearable shape, in my defense! 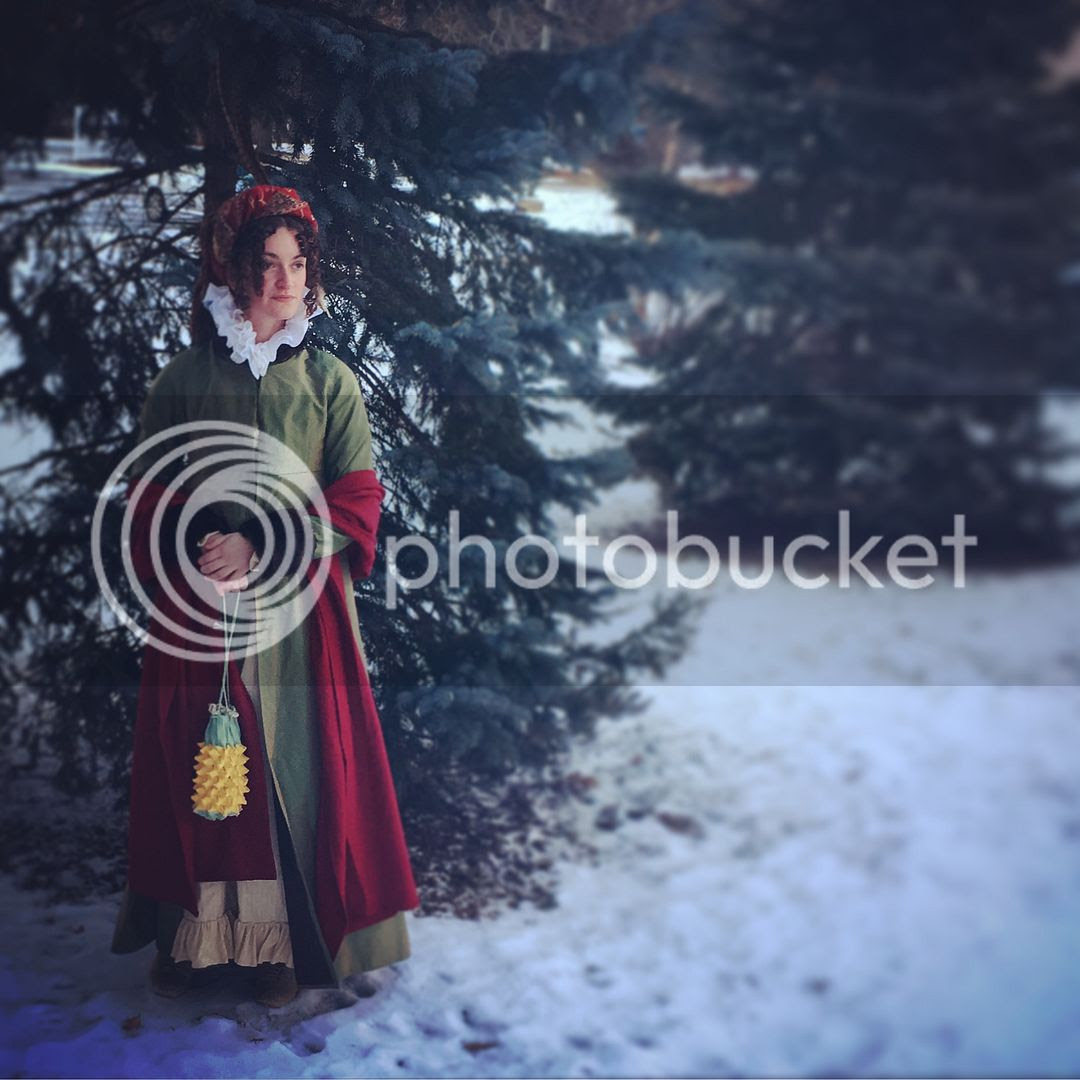 Just needed a cuff and the collar sewn on, plus minimal fastenings (two hooks and eyes, because that was all I had on hand!). I'd planned to wear my black wool spencer, but it snowed the day before, and the wind chill was in the single digits (F) on tea day, so I thought that was excellent motivation for this pelisse! Not that we spent much time outside, but still. Principle of the thing and all. I could have spent loads of time outside if I'd wanted! Silk is very insulating.

I think I did post a few details on this pelisse while I was working on it (maybe?), back when I was trying to post weekly sewing progress rather than just finished projects/events. (Clearly that did not work so well.) Either way, it isn't really finished so I'll just give you a quick rundown. I'm wearing it over my cream wool 1815 dress, by the way. 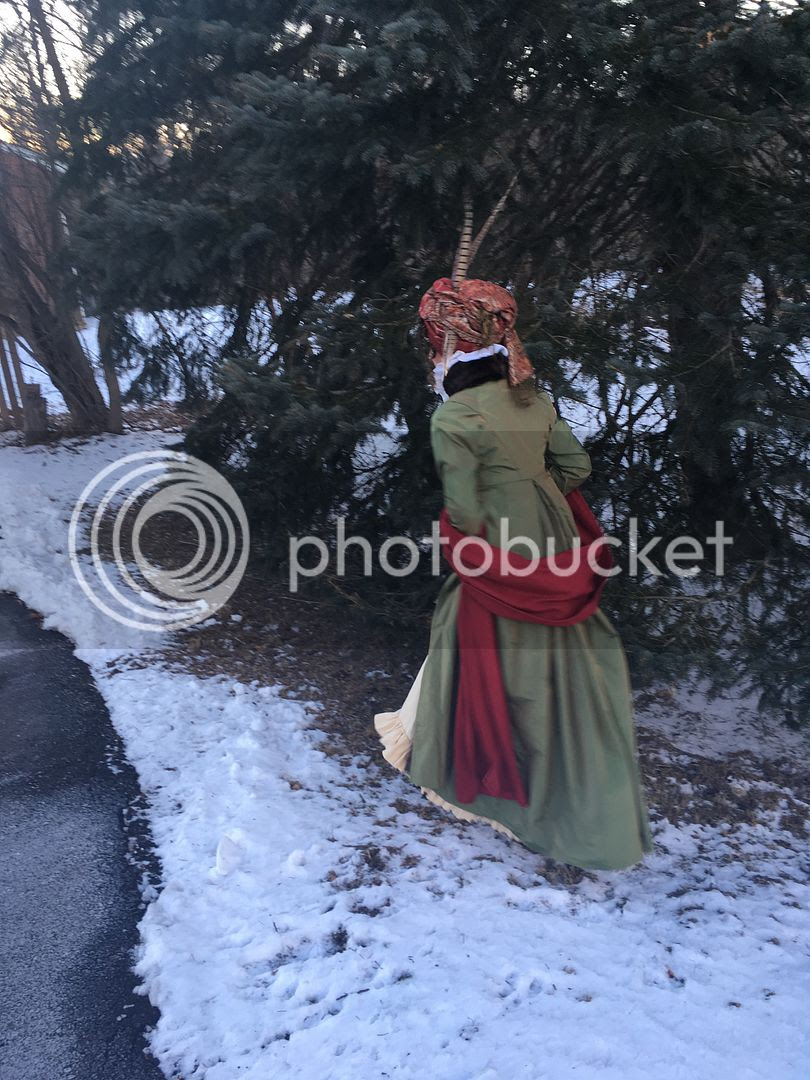 The pelisse is made of green and bronze shot silk taffeta, and is lined with dark brown silk shantung. The bodice and sleeves are interlined with lightweight worsted wool - two different ones if I recall correctly! Love my scrap bin... The fur is from an old coat I bought on ebay - supposedly Russian squirrel? I don't know fur at all, so, sure, sounds reasonable. All hand-sewn, as usual! 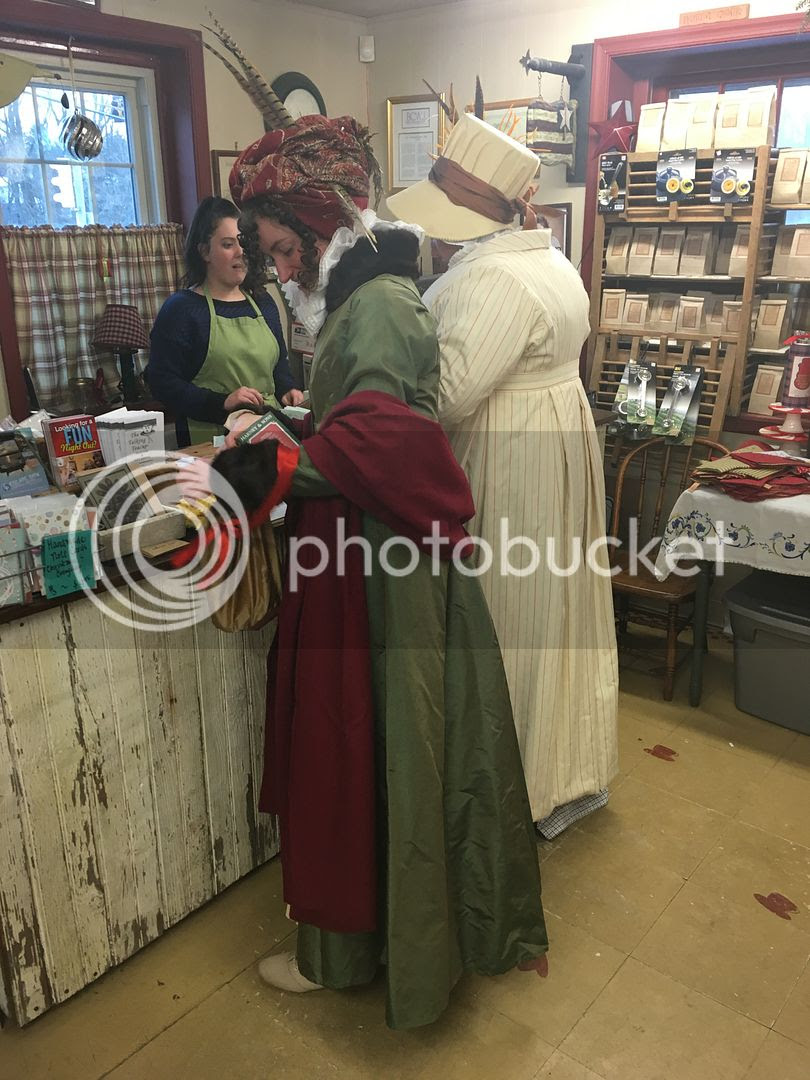 I lucked out and was able to use the collar and cuffs from the coat as-is, which made my life a lot easier! The eventual plan is to edge both sides of the center front with fur, and maybe some round the hem as well, if there's enough. I also want to put hooks all the way down the CF to hold the whole thing closed. But that probably won't happen til next winter, since I'll have no occasion to wear it til then. 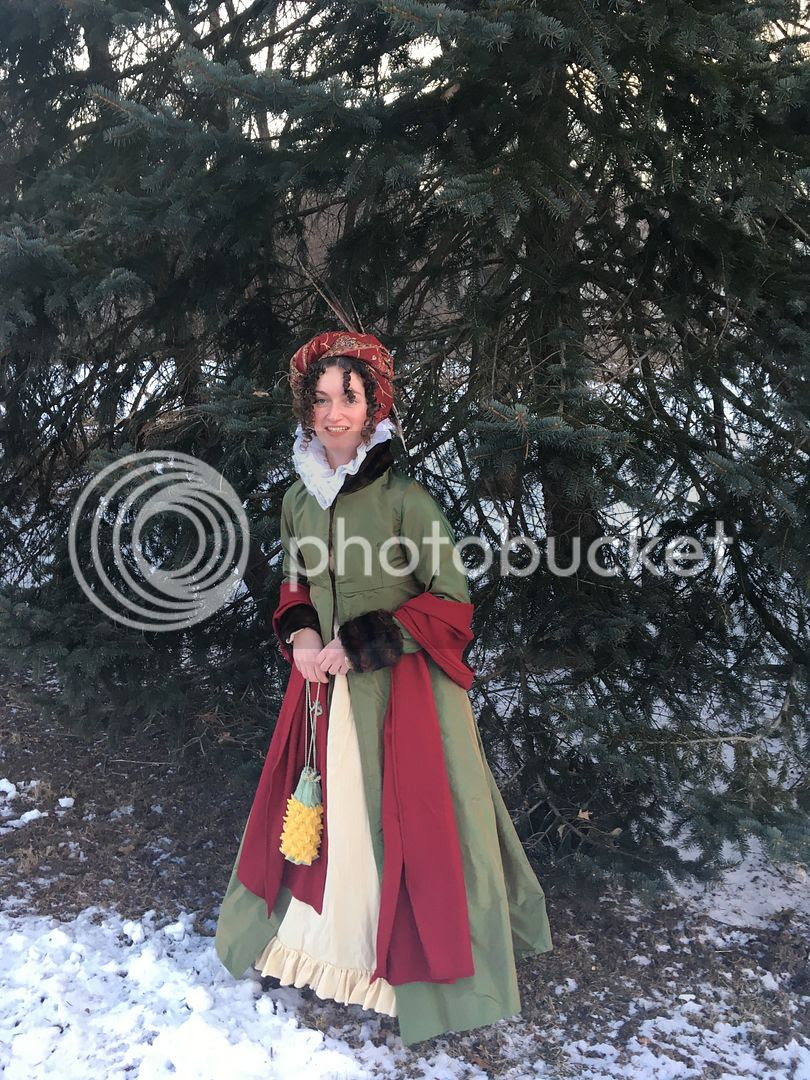 I was very inspired by the first teaser-trailers we got for last year's War&Peace series...lovely snowy vistas! glimpses of fur-trimmed coats! (before pics of the one-shoulder monstrosity were released, and the entire online costume community threw up its hands collectively and said "...what??") I still haven't watched it. Also inspired by The Couture Courtesan's pink fur-trimmed pelisse...I've been plotting to make one basically since she originally posted about hers! I'm an awful copycat, what can I say.
The tea was at the same charming tea house we had our Farewell to Summer tea, and though there were only 4 of us we had a very nice time! We were running horribly late so you'll have to excuse my somewhat haphazard front curls and askew feathers. ;) There was of course that one curl that fell right in my eye...