- November 19, 2012
Bad, off-center pictures taken with the timer, but proof I can finish things! Every once in awhile. 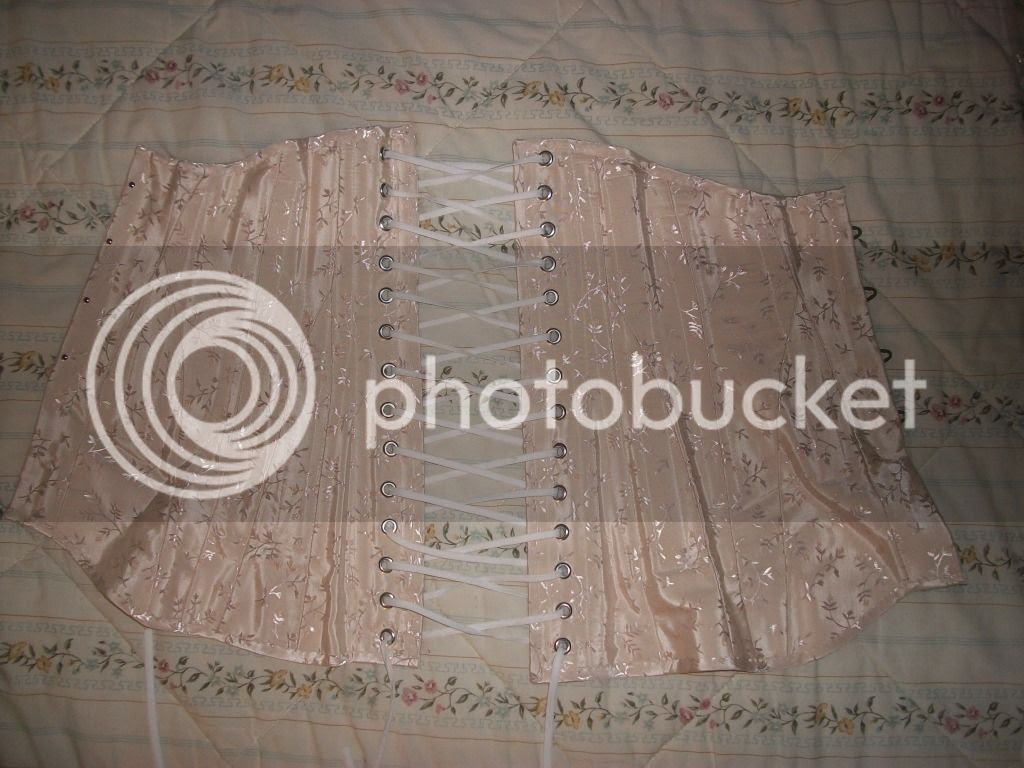 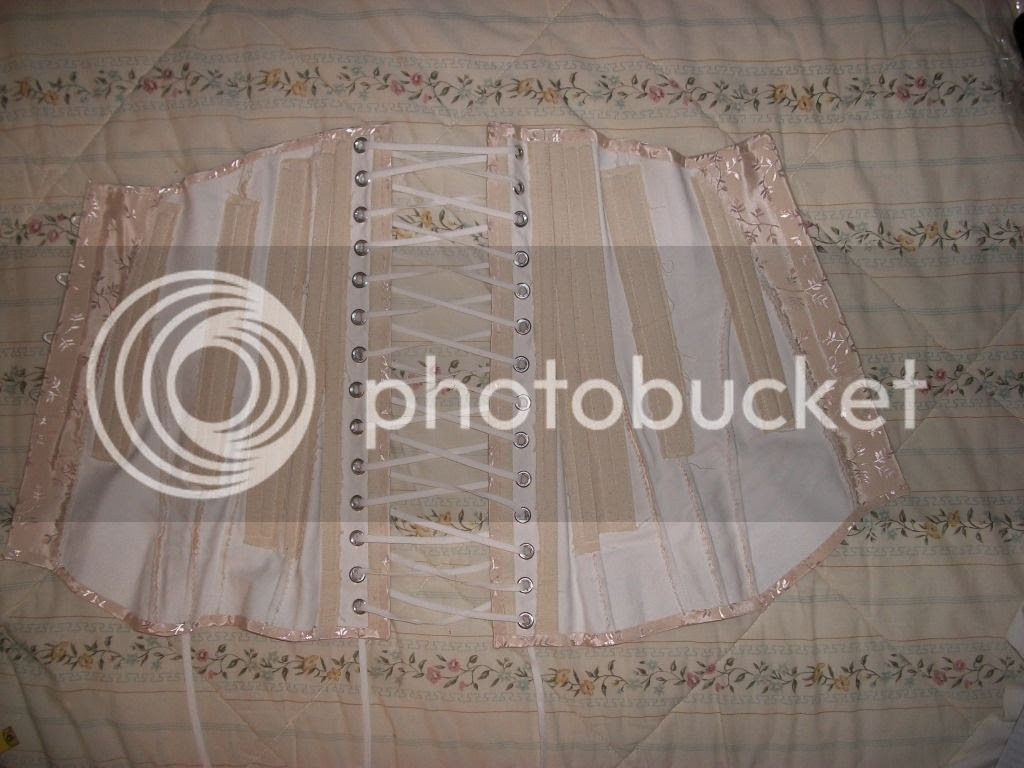 And then the bad timer-pictures! 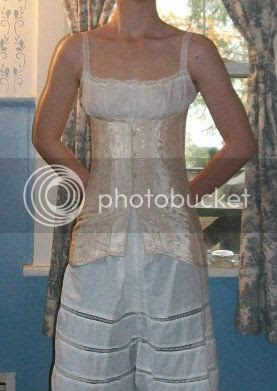 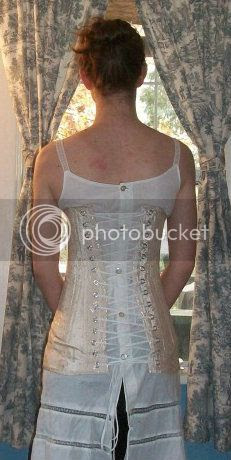 Did I mention unevenly laced? Because, that too!

I started this in February and finished sewing the binding this past Friday. Speedy corset-maker I am not! Not because I had any problems putting it together, but because laaaazy. No event deadline = no finished costume.

Basic specs: made of a layer of white cotton duck, with a blush-colored rayon brocade on top of that to make it pretty. It's boned with cable ties - surprise, surprise - which is why those last two eyelets wrinkle a bit. I didn't have any ties on hand quite long enough, and wanted to finish boning the corset that night! Oh well, not a big deal.

I haven't worn it all day yet, but so far it seems relatively comfortable - the busk stops at the normal point, and I did wear the corset while sprawled all over the floor cutting out petticoat pieces (which is why those front pieces are all wrinkled up already, whoops) without a problem. 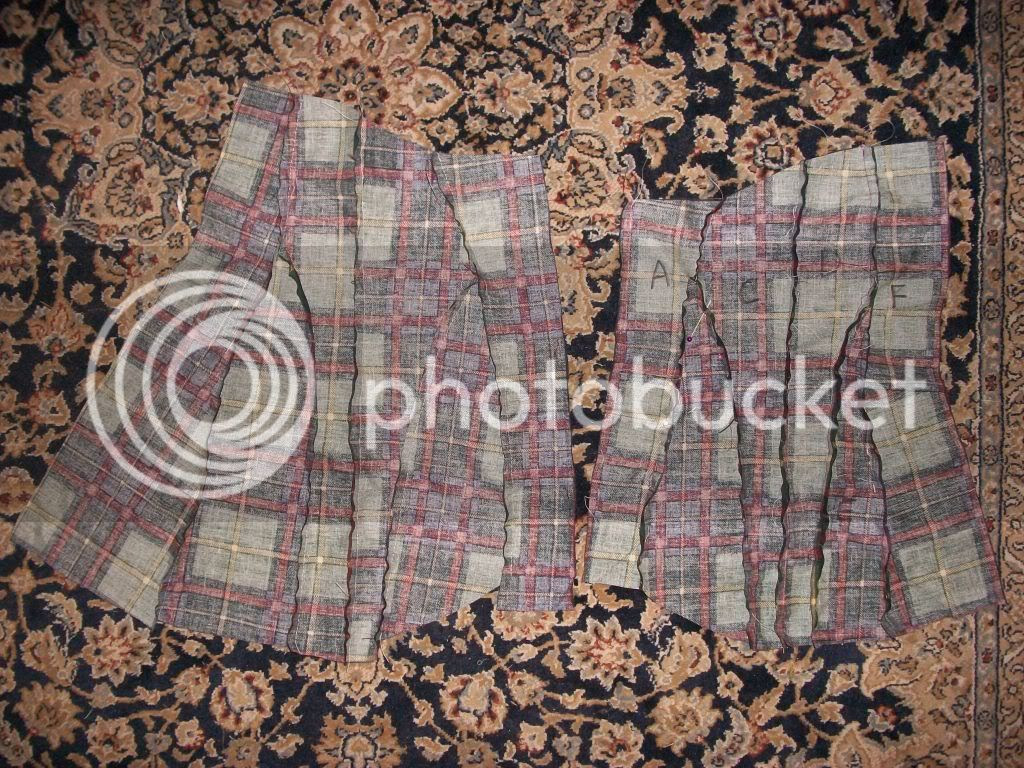 First there's a shot of my original "drafted up"mockup straight from the book (I put that in quotation marks because I never actually draft anything up. Just take approximate measurements and draw the pieces freehand on a big piece of blue paper. Gotta be blue, you know) on the left, with my final fitted mockup on the right. Slightly scaled down overall, and definitely shorter!

Looking at other original corsets, I definitely could have left some of the length, but I shortened it that much on purpose - I'll be driving in this corset at some point and I didn't want to make that any more difficult than I had to! 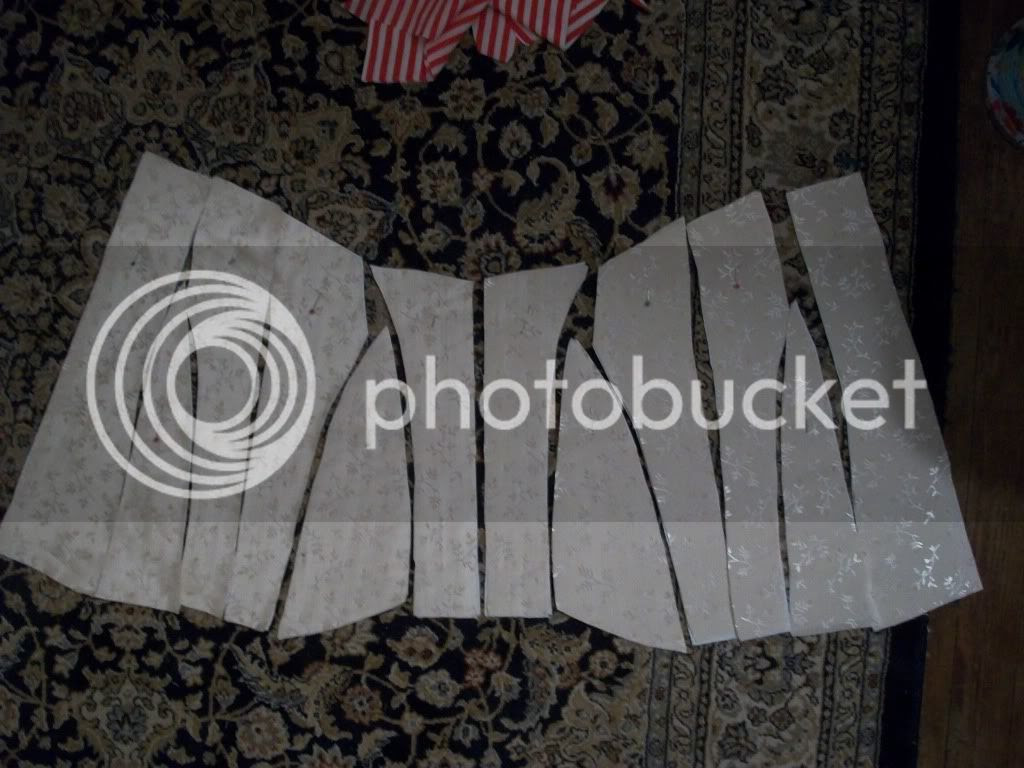 And then the pieces all cut out, waiting to be basted together, then sewn together, pressed, boned, busked, and bound.